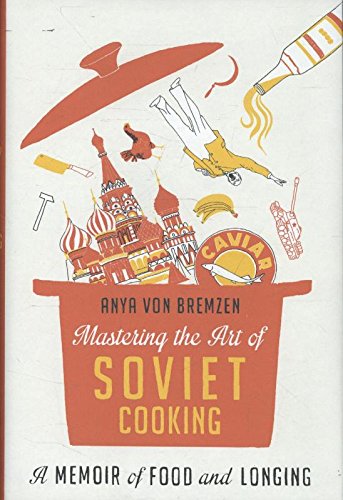 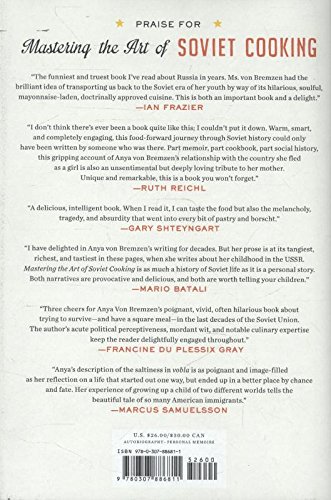 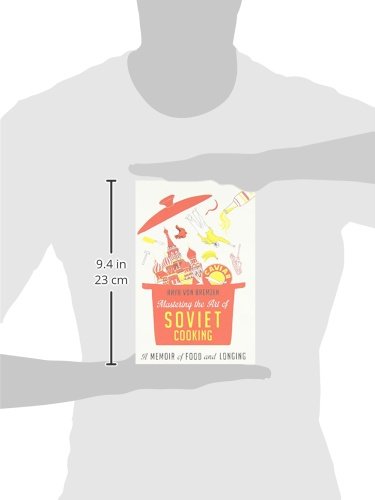 Born in 1963, in an era of bread shortages, Anya grew up in a communal Moscow apartment where eighteen families shared one kitchen. She sang odes to Lenin, black-marketeered Juicy Fruit gum at school, watched her father brew moonshine, and, like most Soviet citizens, longed for a taste of the mythical West. It was a life by turns absurd, naively joyous, and melancholy—and ultimately intolerable to her anti-Soviet mother, Larisa. When Anya was ten, she and Larisa fled the political repression of Brezhnev-era Russia, arriving in Philadelphia with no winter coats and no right of return.
Now Anya occupies two parallel food universes: one where she writes about four-star restaurants, the other where a taste of humble kolbasa transports her back to her scarlet-blazed socialist past. To bring that past to life, Anya and her mother decide to eat and cook their way through every decade of the Soviet experience. Through these meals, and through the tales of three generations of her family, Anya tells the intimate yet epic story of life in the USSR. Wildly inventive and slyly witty, Mastering the Art of Soviet Cooking is that rare book that stirs our souls and our senses. 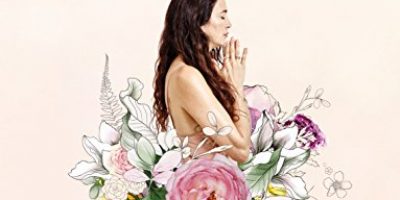 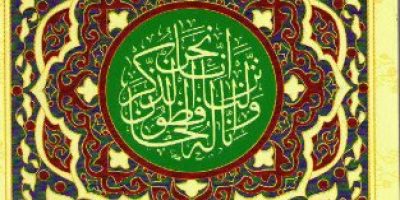