These racial groups vary on many other characteristics including hair color, texture, and length; nose bridge length and nostril width; and eye shape and color. Recently, the utility of “race” as a representative of distinct variance among groups of humans has grown into disfavor as having extremely limited utility, as not identifying unique intragroup genetic variance, and as having limited scientific value.

In contrast, the term “ethnicity” has grown into favor as primarily representing distinctions between groups of people based on behavior and cultural norms in addition to biological factors and physical characteristics. The term “ethnicity” is a derivation from the Greek word “ethnikos,” which is translated literally as “gentile” or “heathen.” This term was historically used to distinguish individuals other than the religious majority.

In the 19th century, the term ethnicity was first consistently used to refer to groups from a particular race or nation. Notably, several groups, primarily for the purpose of demonstrating superiority, introduced concepts such as Nordic supremacy, and the initial documented references to “racism” appeared. These individuals and groups asserted that certain cultures and nationalities were inherently inferior or superior to others. Unfortunately, these theories were also the foundation for later racially based atrocities in Nazi Germany, slavery in the United States, and a policy of segregation in South Africa (apartheid).

The modern meaning of “ethnic” is partially rooted in the historical description of “others” or the identification of those who may not be fully integrated into the majority culture. Ethnicity is most frequently used to distinguish groups of people based on their behaviors, cultural norms, historical experiences, ancestry, and beliefs as well as biology.

Immigrants and minorities in the United State face a range of cultural and psychological realities that challenge, facilitate, and undermine full participation in the health care system. The pressure to deny emotionality in the face of oppressive conditions, economic poverty, underemployment, lack of access to health care services, differential treatment in the health care system, and poor housing as a function of racism and cultural bias frequently fosters a sense of disenfranchisement and disconnection. Inadvertently, indifference within the health care system promotes the perception that it does not recognize or appreciate difference and is not responsive to or interested in presentations of illness that are not consistent with traditional American culture.

Unfortunately, immigrants and racial/ethnic minorities who are distressed or are ill may present their symptoms according to cultural idioms that are not valued in the U.S. health care system. For example, some Asian and African cultures are hesitant to complain with specificity about issues such as pain or mental distress in health care settings because of a belief that they might be deserving of such symptoms as punishment for wrong committed by their forefathers. In these cases, symptom presentation can be minimized and may differ from what most clinicians are trained to expect. This can lead to diagnostic and treatment errors. The impact of culture on idioms of distress, perceptions of the health care system in general, and symptom expression certainly deserves more attention from researchers, and sensitivities to such issues in clinical settings must be increased.

Research suggests that the psychological and physiological correlates and consequences of racism, or volitional disparities in outcomes as a function of race, are similar to those of better known stressors. Several laboratory studies have assessed the physiological and affective reactions of African Americans to discriminatory and racist vignettes and have found that such exposures are associated with increased cardiovascular and psychological reactivity. Other studies have demonstrated a positive relationship between self-reports of discrimination and blood pressure for African Americans. Yet others demonstrate that social support buffers the impact of racism on health outcomes. It appears that the perception of racial discrimination, in particular when evaluating ambiguous situations, has associated with it profound and negative affective consequences for Black men and women, and that ethnicity may moderate the effects of stress on activity of the hypothalamic—pitvitary—adrenal axis.

Racial and ethnic factors have also been shown to affect the health status of immigrant and refugee populations.

Acculturative stress represents the complex social and psychological sequelae of relocating and then attempting to assimilate into a new culture. For many, cultural migration is associated with societal disintegration, disruption of cultural norms, and identity confusion. In more severe forms, acculturative stress can be associated with elevated rates of suicide and symptoms such as anxiety, depression, feelings of marginality and alienation, and an overall decline in physical or psychological health status.

Significant variability exists in symptom severity for individuals experiencing acculturative stress. There appear to be several factors that may predispose individuals to greater impairment. These include pre-existing psychopathology, the cognitive appraisal of the relocation, the available coping skills repertoire, the attitudes toward the new culture, the degree of acceptance by the new culture of the immigrant, and the overall level of social support. Severe psychopathology or a history of recurrent moderate psychopathology, a negative appraisal of relocation, limited coping skills, a negative attitude toward the new culture, low levels of acceptance by the new culture, and limited or inadequate social support are all associated with increased negative reactions to the new culture and limited acculturative adjustment. In addition, younger age is associated with fewer consequences of cultural migration, and prior exposure to the new culture (positive or negative), familiarity with the language, and realistic expectations of the target culture can also increase acculturative adjustment.

Refugees represent a subset of immigrants that have been forced into relocation by political, cultural, or religious persecution. Refugees are more likely to have been victims of trauma prior to migration and suffer disproportionately from high rates of posttraumatic stress disorder and depression as compared to immigrants without refugee status. Lack of cultural cohesiveness, language barriers, economic hardship, and limited educational or employment opportunities can increase psychological distress and other adverse health outcomes in this population. Rates of psychological symptoms in refugee children appear inversely related to the mother’s level of acculturation.

As the result of cultural differences in the presentation of symptoms associated with illness, unfamiliarity with the health care system, and a failure of many clinicians to recognize and integrate diversity into their conceptualization and treatment of immigrants, many of their psychological and physical symptoms are less likely to be recognized and appropriately diagnosed. This can lead to significant undertreatment of illness and more advanced disease when they do present for care.

In conclusion, terms such as “race” and “ethnicity” have been used as a mechanism for social, political, and other classifications independent of biological validity. Increasingly, it is being recognized that health and pathology are influenced by a cumulative interaction between biological, psychological/ behavioral, cultural, and social factors including race and ethnicity. Better understanding and integration into conceptualization, interpretation, and treatment of these factors, their associated mechanisms, and their historical contexts (racism, discrimination, etc.) may result in the reduction of health disparities among racially, ethnically, and culturally diverse individuals. 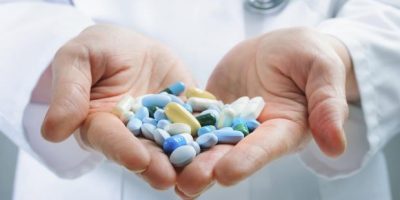 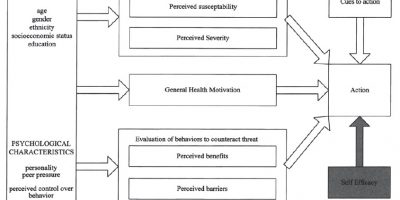