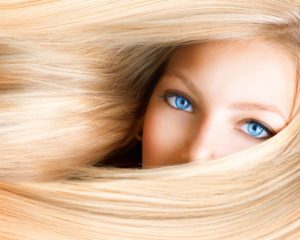 The  effect  of  an  individual’s  focus  of  attention  on motor performance and learning has long intrigued both researchers and practitioners. Numerous studies  have  shown  that  what  a  performer  focuses  or concentrates  on  while  executing  a  motor  skill  has an impact how well that person performs the skill. An important distinction is that between an external  focus  of  attention  on  the  intended  movement effect, as on an implement versus an internal focus on  body  movements.  These  foci  have  differential effects  on  motor  performance—sometimes  seen almost  immediately—as  well  as  more  long-term effects  on  motor  learning.  There  is  considerable evidence for the superiority of an external focus of attention with respect to both the effectiveness and efficiency of movements.

Numerous  studies  have  assessed  movement  effectiveness  as  a  function  of  attentional  focus  using outcome measures such as deviations from a balanced position, the accuracy in hitting a target or producing  forces,  or  movement  speed.  The  first study, by Gabriele Wulf and Rebecca Lewthwaite, demonstrated   learning   advantages   of   instructions  inducing  an  external  relative  to  an  internal focus  of  attention  using  dynamic  balance  tasks. The  results  showed  that  the  learning  of  those tasks  was  enhanced  when  participants’  attention  was  directed  to  the  movements  of  the  platform  on  which  they  were  standing  as  compared to the movements of their feet. Since then, numerous researchers have replicated the benefits of an external focus for other tasks.

Learning advantages of an external focus have also  been  shown  for  many  sport  skills,  such  as hitting golf balls, shooting basketball free throws, throwing  darts,  serving  in  volleyball  or  kicking in  soccer,  kayaking,  swimming,  and  running.  For  example, the accuracy in hitting golf balls is greater when  performers  focus  on  the  swing  of  the  club or on the intended ball trajectory (external focus), rather than on the swing of their arms or on their wrists (internal focus). Similarly, in dart throwing, accuracy  is  increased  with  an  external  focus  on the flight of the dart or bull’s eye. In swimming or running,  performance  (speed)  is  enhanced  when performers  focus  on  the  force  they  are  exerting against  the  water  or  ground  as  opposed  to  the movement of their arms or legs exerting the force, respectively. When the goal is to produce a certain amount of force, concentrating on the device, such as  a  weight  bar  or  force  platform,  against  which the  force  is  exerted  generally  results  in  greater accuracy than focusing on the effector, such as the arms or legs.

An  intriguing  finding  is  the  so-called  distance effect.  Some  studies  have  compared  the  effectiveness  of  external  foci  that  differed  with  respect  to the distance of the intended movement effect from the body. For example, a task may involve a balance platform that has markers attached to it, and learners  are  asked  to  concentrate  on  the  markers while keeping the platform horizontal. Performers whose  markers  are  placed  at  a  greater  distance from   their   feet   show   more   effective   balance learning  than  performers  who  are  asked  to  focus on  markers  that  are  closer  to  their  feet.  Greater benefits  of  more  distal  relative  to  more  proximal external  foci  have  also  been  found  for  kayaking, golf, dart throwing, and long jump. Thus, concentrating on a movement effect that is more remote from  one’s  body  movements  seems  to  be  even more advantageous than a focus on an effect that is closer to the body.

Overall, the benefits of an external compared to an internal focus have been shown not only for a variety of skills but also levels of expertise and age groups,  as  well  as  healthy  individuals  and  those with  motor  impairments.

If  the  same  movement  outcome  is  achieved  with less energy, the movement is considered more efficient.  While  some  studies  have  used  direct  measures  of  efficiency,  such  as  muscular  activity  or oxygen consumption, others have used more indirect  measures  such  as  maximum  force  production,  movement  speed,  or  endurance  to  examine the  effects  of  attentional  focus.  If  more  effective outcomes  (e.g.,  greater  forces)  are  achieved  with the  same  (physical)  resources,  they  reflect  greater movement  efficiency  as  well.  There  is  converging evidence  that  an  external  relative  to  an  internal focus optimizes movement efficiency.

For  weight  lifting  tasks,  electromyographic (EMG) activity has been found to be reduced when performers concentrate on the weight they are lifting (external focus) as compared to their arms or legs that are lifting the weight (internal focus), or compared  to  lifting  without  an  instructed  focus (control  conditions).  An  external  focus  has  been shown  to  be  associated  with  greater  efficiency within muscles, as only the necessary motor units are  recruited,  whereas  superfluous  recruitment  of larger motor units is seen when performers adopt an  internal  focus.  In  addition,  fewer  cocontractions between the agonist and antagonist muscles occur  with  an  external  focus,  indicating  a  more efficient  coordination  between  muscle  groups.  As a result, performers are able to execute more repetitions  with  the  same  weight  or  produce  greater maximum force (see below) with an external focus.

Reduced  EMG  activity  has  also  been  found for  tasks  requiring  accuracy  such  as  free-throw shooting  in  basketball  or  dart  throwing,  when performers  concentrate  on  the  target  as  opposed to their arm. Interestingly, with an internal focus, increased  EMG  activity  is  seen  not  only  in  those muscles  on  which  the  performer  focuses  but  also in  other  muscle  groups—indicating  that  a  focus on  one  part  of  the  body  spreads  to  other  muscle groups.  Thus,  movement  inefficiency  is  increased at  a  more  general  level,  presumably  contributing to the greater observed inaccuracies in the movement outcome with an internal focus.

If  the  same  (or  more  effective)  movement  outcome  is  achieved  with  less  muscular  activity,  cardiovascular  responses  should  be  lowered  as  well. Indeed, studies confirm this assumption. In experienced runners who ran on a treadmill at a certain speed, oxygen uptake was reduced with an external focus (on the surrounding environment) relative to internal foci (on running technique or breathing). Furthermore,  lower  heart  rates  have  been  found when exercisers adopted an external relative to an internal focus while performing sit-ups.

Producing  maximum  forces  requires  optimal muscle fiber recruitment within muscles and optimal  activation  patterns  among  muscles.  Studies examining  maximum  force  production  demonstrate  differences  in  muscular  coordination  as  a function  of  attentional  focus.  Greater  maximum forces with an external focus have been found for isokinetic  contractions  (e.g.,  biceps  contractions on  a  dynamometer)  and  for  dynamic  tasks  such as  vertical  jumps  and  standing  long  jumps.  Also, complex  tasks  such  as  discus  throwing  benefit from  an  external  focus  (discus)  as  opposed  to  an internal focus (throwing arm or hand).

Movement speed has been found to be increased for  an  external  focus  compared  with  an  internal one, presumably due to the greater movement efficiency associated with an external focus. The tasks used  to  demonstrate  this  advantage  have  ranged from  functional  reach  tasks  in  persons  following cerebrovascular  accident  (stroke)  where  a  focus on the manipulated object resulted on more fluid and  faster  motions  than  a  focus  on  the  grasping hand, to riding a paddle boat powered by pedals (Pedalo)  in  young  healthy  adults,  where  focusing on the boards under their feet led to higher speeds than focusing on the feet themselves.

In  longer  duration  tasks  in  which  fatigue  is  a limiting factor, the adoption of an external focus can  enhance  performance  as  well.  In  tasks  that require the production of submaximal or maximal forces  over  a  longer  period  of  time,  an  external focus enables performers to maintain those forces longer or to produce greater force in a given period of  time  (e.g.,  10  secs).  Performance  on  sprinting and  agility  tasks  involving  running  and  turning components  has  been  shown  to  be  enhanced  by external  focus  instructions,  relative  to  internal focus  or  no  instructions.  Similarly,  (intermediate) swimmers  swim  faster  when  they  focus  on  pushing  the  water  back  as  opposed  to  pulling  their hands back.

Also, the attentional focus of exercisers has an influence on muscular endurance. Trained individuals performing various exercises like bench press or squat lift were able to complete a greater number  of  repetitions  to  failure  with  a  given  weight when instructed to focus on the weight as opposed to the movements of the limbs involved or without focus  instructions.  In  a  study  using  an  isometric force production task (wall-sit), participants’ ability to hold the posture increased with an external focus  (imaginary  horizontal  lines  between  their hips and knees), relative to an internal focus on the horizontal position of their thighs.

An internal focus induces a conscious type of control,  causing  individuals  to  constrain  their  motor system  (constrained  action  hypothesis)  and  interfere  with  automatic  control  processes  that  have the capacity to control movements effectively and efficiently. In contrast, an external focus promotes an automatic mode of control. Adopting an external  focus  allows  unconscious,  fast,  and  reflexive processes to control the movement, with the result that the desired outcome is achieved effectively and relatively  effortlessly.  Several  converging  lines  of evidence support the notion that an external focus facilitates automaticity relative to a focus on body movements.  For  example,  attentional-capacity demands have been shown to be reduced with an external  focus.  High-frequency  movement  adjustments while balancing with an external focus indicate the use of reflex-based feedback loops, while slower and more conscious feedback loops seem to be utilized with an internal focus. Other findings, such  as  the  reduced  EMG  activity  seen  with  an external focus, also indicate that an external focus allows individuals to perform at the higher, more advanced  level—essentially  reflecting  a  speeded learning process.

The  benefits  of  an  external  compared  with  an internal  focus  have  been  shown  for  a  variety  of skills,  ranging  from  pressing  keys  to  driving  golf balls. They have also been found for different levels  of  expertise,  ranging  from  novice  to  skilled performance;  for  people  of  various  age  groups,  ranging  from  children  to  older  adults;  and  for healthy  people  as  well  as  those  with  injuries  or with   motor   impairments   (stroke,   Parkinson’s disease,  intellectual  disabilities).  Performance enhancing  effects  of  an  external  focus  are  often seen  immediately,  but  practice  with  an  external focus  also  has  more  permanent  effects  on  motor skill learning. These effects are seen in movement effectiveness  like  accuracy,  consistency,  and  balance  as  well  as  movement  efficiency  like  EMG, heart  rate,  force  production,  speed,  and  endurance.  Adopting  an  external  focus  during  practice promotes movement automaticity and accelerates the learning process. In practical settings, coaches, trainers,  and  physical  therapists  often  use  less than-optimal  instructions  and  feedback  by  referring to body movements, thus inducing an internal focus.  Rewording  instructions  to  direct  performers’ attention to the intended movement outcome, and away from body movements, has the potential to significantly enhance performance and learning. 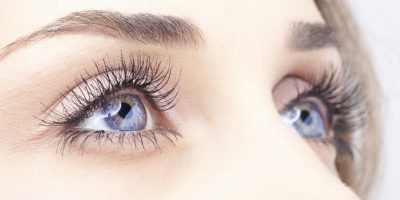 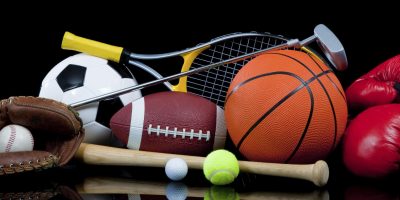