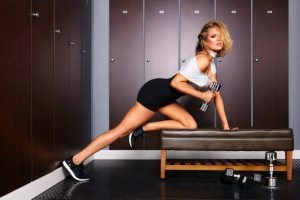 In sport psychology, concentration refers to focusing  on  sensory  or  mental  events  coupled  with mental effort. It therefore relates primarily to the selective  attention  dimension  in  which  individuals are able to selectively process some sources of information while ignoring others. It has its roots in the oft-cited quote from William James’s 1890 book The Principles of Psychology (Vol. 1):

Everyone knows what attention is. It is the taking possession by the mind, in clear and vivid form, of one   out   of   what   seem   several   simultaneously possible objects or trains of thought. Focalization, concentration, of consciousness are of its essence. It  implies  withdrawal  from  some  things  in  order to deal effectively with others. (pp. 403–404)

Within  sport  psychology,  research  interest  in concentration  is  predominantly  focused  in  two areas. First is the study of skill failure under pressure, or choking; there is strong evidence that skill failure can result from reinvestment of conscious control    processes.    Second,    researchers    have investigated  the  efficacy  of  external  and  internal foci  of  attention  during  learning  and  in  skilled performance.

Researchers  have  used  a  range  of  psychophysiological  tools,  as  well  as  self-report  measures,  to infer  attentional  states.  These  include  heart  rate measurement,   electroencephalography   (EEG), functional  magnetic  resonance  imaging  (fMRI), and ratings of the extent of focus on a particular information source in experimental paradigms. In addition,  dual-task  paradigms  have  been  used  to measure  performers’  awareness  of  task-relevant and  extraneous  information,  most  notably  in  the study of choking. Self-report measures include the Test of Attentional and Interpersonal Style (TAIS), which was devised by Robert Nideffer to assess a range  of  personality  measures,  a  subset  of  which were  linked  to  his  proposed  two-dimensional model  of  attention.  This  model  distinguishes between direction of attention (external, internal) and breadth of attention (broad, narrow) creating four  combinations.  The  scale  contains  groups  of items  to  measure  positive  attributes  of  attention (effective integration and effective narrowing) and items  to  measure  negative  attributes  (overloading and  underinclusion).  Other  scales  that  are  more specifically focused include the Self-Consciousness Scale,  which  measures  individual  propensity  for attending  to  the  self,  and  the  Reinvestment  Scale (and  its  movement-specific  and  decision-specific versions),  which  measures  the  tendency  to  exert conscious control over movements or the decision making process.

There  is  good  evidence  that  skill  failure  in  self-paced  skills  such  as  golf  putting,  basketball  free throws, rugby goal kicks, and static target shooting   is   caused   by   the   performers   concentrating  on  deliberately  and  consciously  controlling their  movements.  Much  of  the  research  work examining  this  issue  has  assessed  the  performer’s  attentional  state  in  the  few  seconds  prior  to skill  execution  using  a  variety  of  experimental paradigms.  These  experimental  paradigms  have included  cross-sectional  designs  comparing  individuals of different levels of ability or experience, and  within-participant  designs  in  which  the  performer’s concentration is directly manipulated via explicit  instruction  or  task-related  instructions. Evidence from performance measures and indirect measures  of  attention  indicates  clear  differences between  high-skilled  and  less-skilled  performers, and  that  skilled  performance  breaks  down  when individuals reinvest conscious control over largely automatic  actions.  For  example,  explicit  monitoring  of  motor  skills  has  been  shown  to  have  a detrimental  effect  on  skilled  performers  but  does not impair, and sometimes facilitates, novice performance.  By  contrast,  experts  are  able  to  perform  a  concurrent  secondary  task  with  minimal impairment to primary task performance, whereas novice performance tends to get worse. Relatedly, there  is  within-group  evidence  that  skilled  performers’ ability to report task-relevant and extraneous  information  relates  to  how  well  they  have been performed on preceding trials. For example, baseball batters are better able to report bat position during a performance slump than when on a streak  of  good  performance,  implying  their  concentration  is  more  directed  to  the  swing  motion during slumps.

A  second  line  of  research  into  concentration in  sport  concerns  the  efficacy  of  adopting  either an external focus (on an implement or movement effects)  or  internal  focus  (on  body  movements) during  learning  and  skilled  performance.  There is  now  a  considerable  body  of  evidence  across  a variety of tasks and using different age groups that an external focus is preferable for learning and evidence that this also extends to skilled performance. Further, the effect is moderated by distance so that a  more  distal  external  focus  is  more  beneficial than a proximal focus. By studying task outcome alongside  the  movement  kinematics  and  EMG activity,  improvements  in  movement  efficiency  as well  as  accuracy  have  been  reported  resulting  in more  rapid  skill  acquisition  and  better  retention. The  constrained  action  hypothesis  has  been  proposed  to  explain  these  findings,  referring  to  the self-organizing  nature  of  the  motor  system  and the potential for an external focus of attention to facilitate high frequency unconscious adjustments. Conversely, an internal focus of attention is hypothesized to constrain the self-organizing nature of the motor system as the performer attempts to actively monitor and control the system.

The term concentration embodies one element of the  multidimensional  construct  of  attention.  In the sport psychology literature, the term has been particularly important in the study of skill failure under  pressure  and  in  the  realm  of  skill  acquisition.  Concentration  strategies  are  a  key  component  of  the  mental  routines  performers  employ before executing self-paced skills. Proposed interventions  for  aiding  performance,  particularly under  pressure,  support  the  view  that  the  information on which a performer concentrates in the few seconds before skill execution is a key determinant of performance. 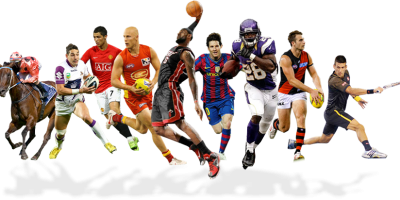 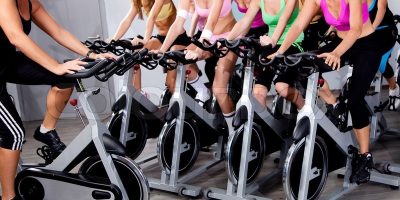