Home
Psychology
Sports Psychology
Team Attributions
In  his  influential  theory  of  motivation  and  emotion,  Ivan  Weiner  proposed  that  attributions,  the reasons  that  people  use  to  explain  the  causes  of behavior,  are  powerful  determinants  of  emotions and  motivation.  Although  attribution  researchers  in  sport  have  predominantly  focused  on  self-referent  attributions  (attributions  for  one’s  own behaviors),  it  has  been  proposed  that  team  attributions,  the  explanations  provided  for  group behavior,  may  also  be  important  determinants  of individual  (e.g.,  emotions  and  motivation)  and group  (e.g.,  team  cohesion  and  communication) level  consequences.  Team  attributions  are  sometimes  described  and  studied  as  the  shared  belief held  by  the  group  (team  attributions)  and  sometimes as the perception held by the individual athletes within the team (team-referent attributions).

The  fundamental  drive  for  exploring  team  attributions  is  that,  as  with  self-referent  attributions, they are considered to be important determinants of  a  range  of  outcomes  that,  in  turn,  are  important  determinants  of  achievement  and  enjoyment in  sport.  Researchers  have  proposed  that  team attributions will influence emotional and cognitive responses  to  team  success  and  failures.  In  terms of the emotional responses, evidence suggests that following  successful  performances,  individuals who report controllable and internal team attributions like teamwork and tactics experience greater levels  of  self-esteem  than  individuals  who  report uncontrollable attributions like luck or refereeing decisions. Additionally, it has been proposed that internal  and  controllable  team  attributions  after successes will promote higher levels of happiness, pride, and satisfaction; whereas, following unsuccessful  performances,  internal  and  controllable (and global) team attributions will lead to higher levels of dejection, hopelessness and shame.

In  addition  to  these  consequences,  it  has  also been  proposed  that  team  attributions  influence perceptions of the team’s cohesion; following success, attributions that give more credit to the team for  the  performance  are  likely  to  promote  cohesion. Also influenced are psychophysiological reactions, and recent research indicates that hormonal responses,  such  as  changes  in  testosterone  and cortisol  levels,  to  success  and  failure  are  moderated  by  self-referent  attributions;  and  behavioral responses,  where  again,  research  conducted  with self-referent attributions indicates that persistence following failure is enhanced if individuals engage in internal, controllable, and unstable attributions.

Thus, it appears as if team attributions have the potential to influence some important responses to performances.  Overall,  it  is  contended  that  those people or teams who use team-serving attributions (internal, controllable, and stable attributions following  successes  and  internal,  controllable,  and unstable attributions following failures) will experience more positive emotions, hold higher expectancies  for  future  performance  levels,  be  more attracted  to  being  part  of  their  team,  and  devote more effort in the pursuit of team goals than will individuals or teams who report different attribution responses to successes and failures.

Given the potential role of team attributions in determining  important  team  consequences,  researchers have also begun to investigate determinants of team attributions  and  those  factors  that  may  promote team-serving  attributions.  Underlying  this  interest is the belief that team attributions may be relatively amenable to manipulation and a tendency to engage in team-serving attributions can be trained. Essentially,  although  it  is  acknowledged  that  individuals will vary both in their tendency to use certain  attributions  following  success  and  failure  and in  their  knowledge  of  the  determinants  of  success and failure in their sport, the development of attributions will also be determined by the interplay of situational  factors  such  as  the  results  of  the  sporting  encounter;  the  publicly  expressed  explanations of coaches, teammates, and spectators; team cohesion;  and  event  importance.  At  present,  many  of these  potential  sources  of  attributions  have  yet  to be empirically examined, but research does indicate that  factors  such  as  match  outcome,  event  importance, and gender may interact to influence the team attributions that people use. Specifically, research has consistently shown that winners or subjectively successful performers use different attributions than losers or subjectively unsuccessful performers, although the exact nature of these differences is not consistent and the extent to which team-serving attributions are used following success may be moderated by factors such as gender (males tend to be more team-serving than  females)  and  event  importance  (athletes  tend to use team-serving attributions following important encounters than after less important encounters). It is possible that this research will lead to the development of team-attribution retraining programs. 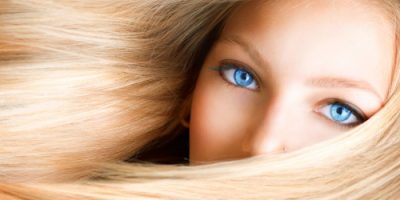 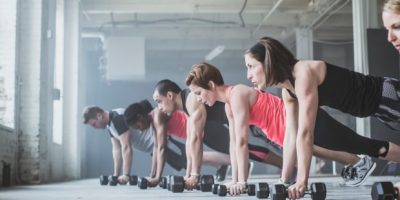