Home
Yoga
Tantra Yoga
Fragrance of Being in Tantra Yoga 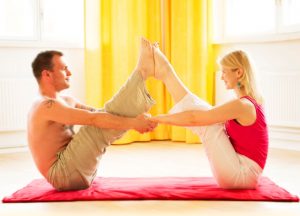 “The Seal of Musk: for this let those pant who pant for bliss.”

From the dust of the earth to the spirit of man that inhabits it, there is nothing completely odorless in creation. Each of us exudes his own individual scent, which dogs, mystics and ordinary persons endowed with a keen sense of smell can recognize instantly.

The kind and intensity of the odor that surrounds us depend upon a number of factors: state of health, cosmetics, spiritual advancement, even our thought patterns.

Literature, both East and West, contains many references to the “odor of sanctity.” An oft-quoted saying in India is that “The fragrance of a flower travels with the wind, but the odor of sanctity travels against the wind.”

Similarly, early Christian historians have recorded the specific smells associated with various saints. Thus, it is said that St. Francis of Assisi smelled of lemon; St. Cajetan of orange blossoms; St. Catherine of violets; St. Trevere of lilies; St. Rose of the flower of the same name; St. Teresa of jasmine and orris root; and St. Lydwine of cinnamon.

An evil life exhales its own peculiar nidor, too, just as the saintly one does perfume. The famous French detective, Vidocq once declared:

“Put me in a crowd of a thousand persons, and by the sense of smell alone, I will single out every violator of the moral law.”

He maintained that every branch of the criminal profession has its own odor, and that he had learned to identify each one.

For the most part, however, the mysteries of scent, which were explored so fully by the ancients, have been left largely to commercial chemists and to cosmeticians in Western lands. Scientific research as well as the fine arts have provided us with a considerable body of knowledge concerning our auditory, tactile, visual and gustatory faculties. Only the sense of smell remains unexamined.

This is somewhat surprising when we consider the important role the perfumer’s art has played in the history of mankind.

Odor is perhaps the oldest means of influencing man’s two deepest instincts: sex and religion. And by means of these primary drives, in turn, it has determined the destiny of empires and governments, the individual fate of king and commoner alike.

Knowing the secret power of perfumes, the priests and sorcerers of ancient civilizations compounded unguents and precious ointments so powerful that the fragrance of some of them has endured for thousands of years. Sealed jars and vases of alabaster and onyx, found in the tombs of Egyptian Pharaohs and recently opened, have yielded the balmy aroma of spikenard and balsam.

Scholars are agreed that the earliest use of pleasing odors was probably religious. Incense and burnt offer-ings as a part of religious rites dates back to remote times. Egyptians, Chaldeans, Hebrews, Greeks, Romans – all believed that the smoke of sweet-smelling gums and spices, ascending heavenward from their altars, would delight the gods.

Hence the very name perfume, derived from the Latin “perfumum,” meaning by or through fumes.

Priests of those ancient cultures were aware that the aromatic substances used in religious ceremonies not only pleased the gods, but also influenced the worshippers’ state of mind.

In Hebrew scripture, it is God Himself who commands Moses to “make an altar to burn incense upon.” After setting forth the exact dimensions and materials to be used in construction of the altar, Jehovah instructs him to have Aaron burn incense upon it each evening when he lights the lamps. “He shall burn incense upon it, a perpetual incense before the Lord throughout your generations.”

God also gave to Moses the formula for a holy anointing oil to be used in consecrating Aaron and his sons to the priesthood.

This use of perfumed anointing oil was later extended to rites investing monarchs with “the divine right of kings” at coronation ceremonies. In June 1953, more than 3500 years after the time of Moses, Elizabeth II was anointed with holy oil, marking her ascension to the throne of England.

The formula of the oil so used is a closely guarded secret. However, at the time of the Queen’s coronation, an article published in the British trade magazine, “Pharmaceutical Journal,” listed some of the oil’s components. They were: essential oils of orange flowers, roses, cinnamon, jasmine and sesame; together with benzoin, musk, civet, and ambergris.

According to the Journal’s editor, “the oil has a rich and peculiar fragrance: it is ambercoloured when freshly made, but time deepens the colour, and the odour becomes mellow and rare.” Outside the temple and palace, perfumes for centuries have been used in all countries for secular purposes as well.

The most common use, of course, has been that of scenting the body and clothing. This is done ostensibly for esthetic reasons. In actuality, however, the underlying motive has always been that of sex stimulation and sex allure.

This fact is nowhere more evident than in historical accounts of great courtesans and enchantresses. Jezebel, Messalina, Delilah, Thais, Phryne, Cleopatra, Empress Josephine – literature both sacred and profane is replete with stories of women whose strange power over men owed much to the magic art of perfumery.

Plutarch tells how Cleopatra used perfume to ensnare Antony and “to awaken and kindle to fury passions that as yet lay still and dormant in his nature.”

He goes on to describe how her famous barge with gilded stern, outspread purple sails and silver oars came sailing up the river Cyndas to meet Antony for the first time. People along the shore were enveloped with clouds of perfume that were wafted from her vessel as it glided by.

In his play, “Antony and Cleopatra,” Shakespeare says of the Nile Queen:

“She was so perfumed that the winds were lovesick.”

That the olfactory sense can be used to arouse deep-rooted natural desires is not surprising when one con-siders that the essential ingredients of most perfumes are related to the sexual function of animals or plants.

For example, musk, the animal perfume whose popularity dates from the very dawn of civilization, is obtained from a gland developed by the male deer as a sex lure.

Darwin states that the gland and its secretion represent a powerful end-product of natural selection. Beginning ages ago, the male deer who exuded the muskiest scent attracted more females than those less abundantly endowed. As a consequence, he left a greater number of descendants. These, in turn, were subject to the same principle of natural selection, with descendants producing glands that were more and more potent.

Today, a single grain of musk can perfume several million cubic feet of air without any noticeable reduction in its size.

As the knowledge of musk and its aphrodisiac properties spread, the demand for it grew – especially among kings, rajahs, sybarites and courtesans.

It was the favorite scent of Empress Josephine, who always carried a lace handkerchief impregnated with it. It is said that she used so much of it to inflame Napoleon’s passion that the walls of her apartment exuded the fragrance for years afterward.

Historians similarly report that Henry IV of France could date his infatuation with Gabrielle d’Estrees from the moment she handed him her musk-saturated handkerchief to wipe his brow during a dance in a warm ballroom.

Biologists and students of human behavior have put forward the theory that in remote times, scent was the primary attraction between the sexes. They believe that other, and more refined, relationships evolved later. With the development of these more sophisticated attractions, scent receded into the background.

But they tell us that buried deep within the human organism is an atavistic response to the same animal odor that attracts the female deer.

Even floral perfumes are related to what Tantriks call the Shiva-Shakti play of nature. The oil glands of the flowers are for the purpose of effecting fecundation. A large portion of the essential oil is consumed during the process of fertilization. Once generation has been accomplished, the remaining fragrant essences recede into the stem and are diffused through other organs of the plant.

Horticulturists who grow flowers for use by perfumers know this, and are careful to harvest their crops just before fertilization occurs. In that way, they reap the blossoms at the time they are most fully laden with essential oils.

Various scents evoke responses other than sexual, of course. These, however, are largely due to past associations and are somewhat subjective. The emotion stimulated by an odor for one person is not always the same as that for another.

Some generalizations have nevertheless been attempted. Thus, it is said that the scent of magnolia may stimulate the fighting instinct. That of cloves is believed to be conducive to suspicion and gossip. Bergamont is reported to put one in a thoughtful or meditative frame of mind, ambergris fosters the art of poetry. And, for some obscure reason, ancient writers believed the lemonlike scent of verbena incited men to drunkenness.

In India, incense and fragrant essences still figure in all Hindu rites of worship. The odor of dhoop and dhoona floats from every shrine and temple in daily use.

But most Tantriks use certain scents in a more personal and more conducive way. Their primary aim is to stimulate the muladhara or root chakra, where kundalini energy lies coiled. For this subtle center is directly related to the sense of smell, and is easily influenced by certain aromas.

Accordingly, Tantriks (especially the vamacharis) employ specified essential oils in the manner prescribed for them by their individual gurus.

In general, the scents used in these rites are one or more of the following: musk, jasmine (champak), pat-chouli, spikenard, sandalwood and saffron.

Members of some of the more obscure sects of Kaulas anoint different parts of the body of their mudra (ritual sex partner) with different perfumes. Oil of jasmine is used for the hands, patchouli for the cheeks and breasts, spikenard for the hair, musk for the mons veneris, sandalwood for the thighs, and saffron for the feet.

For most Shaktas, however, a far simpler procedure is followed, as we shall see in the article detailing the secret ritual, that is, the ultimate rite of Tantrism, which culminates in maithuna or ceremonial sex union.

Musk and patchouli (or perfumes having them as the dominant note) are the scents most commonly used in the Panchatattva or rite of the “five true things.”

Synthetic perfumes are never used for these rites. In India and Tibet, of course, the simple essence or extract is always available from the local gundhi or perfume seller in any bazaar. In the case of musk, it is – as it should always be – greatly diluted. Allusion has already been made to the minute amount of musk needed to perfume a whole room. Moreover, in its pure form, it is tremendously expensive, selling for about $40,000 a pound.

Several years ago, Dr. Wallace Carrothers, a Du Pont research chemist, synthesized musk as astrotone. This and other synthetics, as previously pointed out, are not acceptable for Tantrik rites.

In Western countries, musk extract and oil of patchouli are obtainable from firms which supply perfume manufacturers.

Again, it should be borne in mind that the chief reason for using scent in Tantrik sadhana is the stimulation of the root chakra. The fact that scents so used are aphrodisiac merely points up that sexual libido and the energy of Shakti are one and the same. 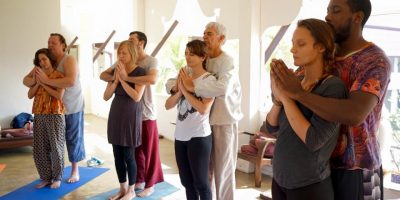 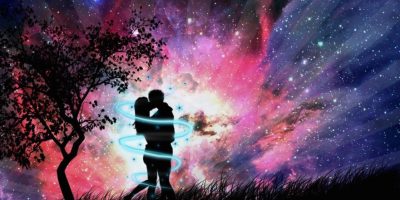