Tanning refers  to the  natural or artificial  process of darkening one’s  skin  color. Typically,  tanned skin  is achieved via sun  exposure but,  in recent years, tanning beds delivering  ultraviolet rays or booths that cover users  with a topical  spray that mimics  a natural tan have become increasingly popular.

The  debate about altering one’s skin  color  has  been  going  on  for centuries; in some  cultures, darkened skin  color  and  cosmetic use  were  seen  as markers of wealth  and  attractiveness, while  in  others, darkened skin  was seen  as primitive and  uncivilized. In 18th-century Europe and  America,  cosmetic skin  whiteners and home remedies to cure  accidental tans  were popular. As the Industrial Revolution took  hold,  however, Western notions about skin  color  began  to  change. In Europe, as the  working class headed indoors to do factory  work,  the  wealthy started associating darkened skin with leisure  time and wealth. This  new association  did not  take hold  in America  until  the  early 20th  century because Victorian propriety forbade skimpy  bathing costumes and daywear  and looked  down  upon any alteration of one’s skin color.

America In The 20th Century

By the  turn of the  20th  century, however, new ideas  surfaced about leisure  time, skin  color,  and  appropriate dress  and  behavior for women. In particular, women of  the  1910s  and  1920s  began  challenging female  stereotypes and  limitations by putting off marriage and  childbearing, donning skimpier clothing (including bathing costumes and  dresses  that  showed off arms,  legs, and  chests), and  wearing cosmetics, which had previously been associated with oversexualized women. These changes, coupled with  the  accidental tan  of European fashion icon  Coco Chanel in the  early 1920s,  paved  the  way for the  rising  popularity of tanning in America.  Advertisers and  other social  conduits began  associating tanning with health, personal and  national strength, female beauty, and  female liberation. Advertisements for skin  products began  focusing on how  the  products enhanced a tan; this was a departure from ads prior  to the 1920s that  promoted products that preserved white  skin.  As tanning’s popularity grew,  advertisers from  the  1930s to the  1960s  promoted obvious products, like tinted face powder and  nylons, as well as unobvious products like silverware,  by drawing  connections between a tan and patriotism, anticommunism, and an acceptance of civil rights  activity and the  feminist movement. During the  20th  century, most  products and  advertisements related  to tanning targeted women, though advertisements for alcohol and car makers, vacation spots,  and  even  a few cosmetic preparations like Man  Tan, a 1950s  tinted cosmetic, encouraged tanning for  men.  Despite a discussion of the  health risks  of tanning, which  began  in the  1960s,  Americans continued associating tans with leisure  time, wealth, beauty, and health through the end of the 20th  century; accordingly, advertisers and producers continued promoting tans.

Because   of  tanning’s reputation for giving good health, Americans started looking for easier  and   faster   ways  to  get sun  exposure. Tanning beds (machines using  artificially produced ultraviolet rays to tan users’ skin) were introduced in the 1930s. These beds were originally   advertised to  tubercular Americans, for whom  sun

exposure was considered healing, and  even as a home appliance for adventurous sorts,  but by the 1970s,  tanning beds were available to the general  public  in commercial  tanning salons. Through the 1980s  and  1990s,  tanning salons  sprung up across  the  nation, offering  Americans quick  and  intense tans.  When scientists made  connections between skin  cancer and  outdoor sun  exposure, tanning bed manufacturers promoted beds as safe alternatives. But through the 1990s, studies consistently demonstrated higher risks  of skin  cancer among tanning bed  users because of the intensity of ultraviolet exposure in tanning beds.  Despite the risk, there  is currently still a large  culture of Americans, particularly young  women, who use tanning beds.

In the 1960s, many Americans became aware of the strong links between sun tanning  and  skin  cancer, among other less serious maladies like wrinkles. Though literature connecting tanning with skin cancer began showing up in popular magazines  as early as 1941,  it was not  until  the  early 1960s  that  a serious challenge to tanning’s popularity emerged. And though advertisers continued to encourage tanning to  sell products, the  late  1960s  and  early 1970s  saw the  emergence of increasing studies and  reports about the dangers of tanning, as well as the introduction of alternative products, such  as leg creams and other cosmetic substitutes that  gave the  appearance of a tan.  Similarly,  sunscreen became widely popular, particularly after the sun  protection factor  (SPF ) rating  system  was implemented in the 1970s. And yet, Americans continued to ignore  the warnings of physicians and prescriptive literature and tan, often with low SPF sunscreen or no sunscreen at all; the  association of a tan  with good  health and  beauty  was too  strong to reverse overnight. It took  a concerted effort by scientists, doctors, and  others from the  1980s  to the  present day, armed  with frightening statistics about skin  cancer mortality rates,  to get the  word  out  and  convince more  Americans to either  use stronger sunscreen or avoid sun  exposure altogether.

America In The 21st Century

In the  21st  century, Americans seem  more  informed about the  risks  associated with  sun  tanning. There is copious literature about the  risks  of sun  exposure and the problems associated with darkening one’s skin. The  positive  associations tied  to  tanning, however, continue to  hold  strong in  the  national psyche.  As a result, new products have emerged to alter one’s  skin  color  safely; most  notably, self-tanning lotions and  booths that  spray  a topical  tanning product have  become  popular and  safe alternatives. Additionally, there  is much greater  attention to sunscreen and  sun  safety in popular literature and  culture, signaling a slowly developing awareness of the dangers of sun  tanning and attention to preventative measures. 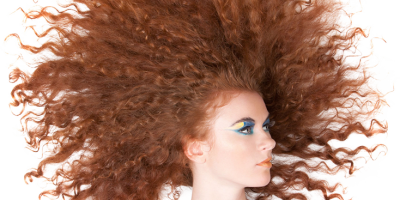