CoverGirl is a cosmetics company that  was founded by the  Noxzema Chemical Company in  1958.  Originally a line  of only  six products in  the  vein  of the company’s cleansers and  toners, CoverGirl has  become one  of the  largest  and most  recognizable cosmetics companies in the industry. Named for the especially highly  regarded models who  grace  the  covers  of magazines, CoverGirl markets to  the  middle  class  at mid to  low-priced cosmetics in drug  stores, rather than high-end cosmetic counters in  department stores, through numerous celebrity endorsements, ubiquitous advertisements, and  television sponsorships. Procter and  Gamble acquired CoverGirl in 1989,  and  CoverGirl has  become the  bestselling line of face makeup in the nation. “Easy, breezy, beautiful” CoverGirl markets itself as a promoter of fresh-faced, natural beauty.

CoverGirl began  with  “medicated face  makeup” in  both liquid  and  pressed powder form,  in three  shades. Other early products included tube  makeup and brush-on blushes in multiple shades. Now  the  company boasts  a huge  range  of products, including face makeup, eye makeup, lipstick  and  lip liner, and  nail polish. A far cry from  their  original  two forms  of face makeup, CoverGirl now  sells more  than a dozen  different kinds  of foundation, catering to all kinds  of different needs, from  oil-absorbing powders for acne-prone skin  or moisturizing makeup for dry skin  to wrinkle  reducers and  sunscreen-enhanced products. They  have a similarly wide range  of eye makeup, with a huge  selection of mascaras for volume or  length or  curl  or  all three, eye shadows in every imaginable color,  and  both pencil  and liquid  eyeliners.

In addition to being  a prominent retailer  in the  beauty  industry, CoverGirl is also a pop culture icon  thanks to its celebrity  endorsements and  television sponsorships. Christie Brinkley  became the  face of CoverGirl in 1976  and  set off an explosion in  the  company’s popularity. Brinkley  remained under contract with CoverGirl for 20 years, and this remains the longest contract in modeling history. Many  of the  world’s  top  models have  served  as  CoverGirl spokesmodels  over the  years,  including Molly  Sims,  Tyra  Banks,  Niki  Taylor,  and  Cheryl  Tiegs.  In recent years, however, CoverGirl has  turned to actresses, singers, and  athletes to represent their  products. Newer  spokesmodels include actresses Drew Barrymore and  Keri Russell,  singers  Faith  Hill, Brandy,  and  Rhianna, and  gymnasts Shawn Johnson, Natasia Liukin, and  Alicia Sacramone. The  newest  addition is comedian Ellen Degeneres, lauded as a perfect  example  of the company’s commitment to both inner and  outer beauty. The  company also promotes its image  through sponsorship of the  popular television show  America’s Next Top Model, hosted by former  CoverGirl Tyra  Banks. As part  of her  winnings, each  season’s winner receives a contract with CoverGirl and becomes a spokesmodel. 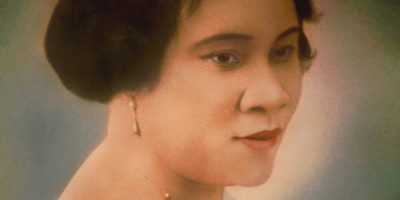