Nail  salons  are beauty  service  establishments that  offer nail  care  services  such as manicures and  pedicures, services  once  relegated to beauty  salons  and  some barbershops. Today, nail salons  also offer hand, foot, and  back  massages. Some nail salons  provide  skin  care  and/or waxing services,  and  some  nail techs  specialize  in  elaborate  variations of  nail  art.  According to  Nail  Trade Magazine, there  are  approximately 58,350 nail  salons  (2008)  in  the  United States,  doing some  $6.4 billion  in business each year; most  of these  are Korean or Vietnamese owner  operated. Thanks to immigrant women’s entrepreneurship, in particular, manicures, once  done  by women themselves in the  privacy  of their  own  home or a luxury  item  carried  out  at full-service hair  salons, have become something that  is paid for in nail salons.

Formation of a Niche

On  the  East  Coast, New  York  City is the  place  where  nail  salons  first appeared as  a separate nail  care  establishment. In  the  late  1970s  and  early  ’80s  Korean women who were employed as either  hairdressers or manicurists in Manhattan hair  salons  took  considerable initiative  to start  their  own  businesses and  paved the  way for other Korean women to enter  the  workforce. At the  time, there  were no specialty  nail salons, and manicures were available only in upscale, full-service beauty  salons, affordable only  to  an  elite  group of people, namely  upper and upper-middle-class white  women. Innovative Korean manicurists caught on  to this point and took this luxury service out of the beauty  salons; they started creating the nail salon  niche  within  the expanding sector  of beauty  industry there. The number of Korean-owned nail  salons  increased dramatically during the  1980s, and the price for a manicure in New York City fell to such  extent  that low-income women could  afford to have the service.

Korean nail salons  now form up to 90 percent of nail salons  in New York City. The  Korean-American Nail  Salon  Association estimated that  5,000  nail  salons were run  by Koreans in New York City and  surrounding suburbs in 2006.  Since the  Korean nail  salons  began  to  appear  in  Manhattan in  late  1970s,  they  have proliferated in such  remarkable numbers that  they  have evolved  into  one  of the signature icons  of the  city,  an  easily  recognizable symbol  on  nearly  every  city block. The  term  nail salon in NYC and  its neighboring suburbs evokes  images  of a specifically Korean establishment.

On  the  West  Coast  and  in Texas,  Vietnamese transformed the  nail  salon  industry  in similar  ways. Since  the  mid  1970s  and  the  fall of Saigon, Vietnamese immigrants began  looking for  an  entrepreneurial niche  and,  in  cities  like  Los Angeles,  moved  from  offering  cut-rate prices  in salons  to establishing their  own businesses. In the  1970s  an  L.A. manicure may have  cost  as much as $60,  and now one can get the same service for sometimes less than $20. In places like California,  Vietnamese immigrants brought manicures to the masses  and established the nail salon  as a distinct beauty  institution. Today, in California, approximately 80 percent of nail techs  are Vietnamese and,  nationally, 43 percent of nail salons are Vietnamese owned  and  operated. Their clientele, however, remains quite  diverse. Due  to mass  production manicures, women from  a broad  range  of social classes  and  occupations and  across  various  ethnic and  racial lines  can  easily afford  to get their  nails done. Although manicurist is not  a word  that  translates directly into  Vietnamese, Vietnamese manicurists found an ethnic niche  similar  to that  of Indian-owned hotels and Cambodian doughnut shops.

As structural conditions necessary for the emergence and growth of nail salons in  NYC  and  L.A. developed, the  socioeconomic order  of the  global  city, characterized by its development of service  industries in the  wake  of the  erosion of the  urban manufacturing base,  should be noted. This  unique enterprise could not  be  successful without a steady  supply  of both nail  workers who  dedicated themselves to this type of body-related work and  to their  clients  with the disposable income necessary to purchase the  services  offered  by nail salons  within  the expanding sector  of the beauty  industry.

Another crucial  factor of a successful ethnic business is the domination of one particular industry through vertical  integration, which  is defined  as an  interdependence among co-ethnic producers, suppliers, and retailers. Immigrant clustering in the  nail  salon  niche  has  resulted in strong vertical  integration in lines  of nail-related businesses, namely  the interdependence among co-ethnic nail salons, nail  material suppliers, and  nail  training schools. As the  number of nail  salons rapidly  increased, some  immigrants with  money  thrust themselves into  the  nail supply  business and  nail schools. Ethnic clustering like this  leads  to advantages such  as the ability to form  business associations and  negotiate with manufacturers to receive cheaper wholesale prices.

Just as immigrant couples first found their  economic niche  in running vegetable stands or  fish  markets, women and  increasingly entrepreneurs  now  find  their niche  in nail  salons. This  requires a relatively  small  initial  investment, a simple command of English, a readily  available  supply  of labor,  and  few professional skills. Koreans and  Vietnamese can  rent  small  spaces  and  need  only make  a few purchases to open  a nail salon.  Personal incentives include opportunities to socialize with coworkers and  customers, to increase English skills, and  to work in a beauty-related artistic  field.

The  economic character of nail  salons  rests  on  higher profit  margins coming from providing elaborate service for each customer. This  is not the case with most immigrant-owned shops, which  are  characterized by  low  profit  margins, high customer turnover, fleeting  encounters, and  general  anonymity. Because  a nail shop  is a service enterprise, the ability to forge relationships with customers is an important component of success. Thus, service performances involving  physical contact and  face-to-face encounters with  other racial groups are the  conditions that  shape  nail shop  culture.

This  nail shop  culture is highlighted by attitudes and feelings of social distance between manicurists and  customers in  struggles over  language, tips,  and  competing  as well as supporting relations among employees. It reveals conflict-laden relationships and  a gulf between customers and  nail women, as well as between American and  Korean or  Vietnamese cultures. Korean manicurists constantly straddle these  deep  conflicting divisions. In performing nail  services,  immigrant manicurists not only attend to the physical  comfort and aesthetics of the customers’ appearance, but  also  engage  in  complex relations with  customers through which  they  are  constantly challenging, accommodating, and/or reinforcing the status quo  and hierarchical structure of the dominant society.

The  nail salon  is often  more  than just  a place of business. For customers, it is a social  space  where  they  can  spend time,  relax, and  socialize  with  the  business owners, employees, and fellow customers. Because  customers tend  to assume that Korean and  Vietnamese manicurists have a poor  grasp  of the  English language, they do not  expect  to engage  in conversations with their  manicurists. Nail salons are social  spaces  where  customers talk  to one  another, shoulder-to-shoulder at the manicure and drying  table.

People  generally  believe that  having  one’s  nails  done  is harmful to healthy nails because of the  use  of harsh chemicals and  cuticle  removers. Manicurists often wear masks  to protect themselves from the dust  of nail buffing  powder and other chemicals. This  is especially  the  case  among the  manicurists who  work  in predominantly low-income African  American neighborhood  salons, where  strong chemicals are  frequently needed to  achieve  the  intricate nail  designs  their  customers request.

Recent  scientific  studies show  that  nontuberculous  mycobacterial infections have  been  found to  cause  severe  skin  and  soft-tissue infections in  association with  nail salon  whirlpool footbaths. The  Department of Health Services  expects that  rapidly  growing  mycobacterial infections related  to pedicures may continue to occur in a sporadic fashion, and  asks clinicians to inquire about recent pedicures  in a patient with recurrent infections of furunculosis and the need for longterm  polymicrobial therapy.

Perhaps better   known than the  health concerns are  the  interactions between American customers and immigrant nail techs. The  degree to which  relationships are constructed through conversation between the  manicurist and  her  customer varies with the location of the nail salon, which  determines the race, ethnicity, and age of its main  clientele. In upscale salons  in Manhattan’s commercial districts, where  the  clientele is predominantly white  and  middle  or  upper-middle class, conversation with  customers is discouraged by the  salon  owner  for the  sake  of speed  and efficiency of service. Salons  located in suburban spaces  generally  allow for  more  opportunity for  conversation between manicurist and  customer. The fact that  many  of the  clients  in these  salons  tend  to be older  and  homemakers rather than career women is also a factor that  is more  conducive to conversations between client and worker. Such  variations in levels of active conversation are the result  of service expectations by both the  customer and  the  worker  according to race, class, and the neighborhood in which  the salon  is situated.

Customers’ race  and  class  are  intertwined and  become important factors  in determining interactions with  and  perceptions of American women and  American  life for Asian  manicurists. The  manicurists’ interactions with  customers are at times  characterized by tension over matters of the  use of the  native  Korean or Vietnamese language. Some  nail salons  hang  television monitors to distract the customer and  further mitigate  social  interactions with nail workers. Yet, in some local  shops, there  is enough leeway  in  the  emotional and  physical  demands of their  work to allow for workers to get to know  their American clientele, at least in terms  of holidays and  food  recipes.  The  relative  older  age and  free time  of some contribute to a more  relaxed  atmosphere in the salon.

Ultimately, the  nail  salon  is a common space  where  two different bodies, the manicuring and the manicured, come in physical contact and through which both are challenged, accommodated, negotiated, and  acculturated. With  their  American salon  names, immigrant manicurists are drawn  into  a commodified body  industry, performing previously unimaginable work  that  involves  encounters with unfamiliar racial and ethnic groups. Through daily service interactions, immigrant service providers construct and/or transform not only their  own identity, learning where  their  place is in this society and culture, but also the meaning of black and white within  the racial hierarchy of the United States. They create a space where it is not  unusual to find, for example,  a Vietnamese nail tech  meticulously painting a black power fist salute  on her clientele’s  fingernails. Both social interactions and touch reaffirm  and  redefine  the  nature of service work along  with contemporary trends in the beauty  industry. 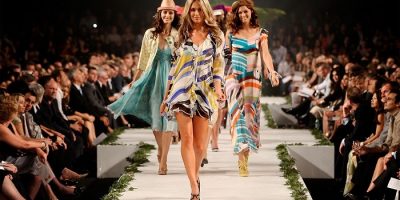