Cosmetics are consumer products that  are used  to beautify,  clean,  or protect the body. Cosmetics can be used on any part of the body, but they are most  frequently applied  to  the  face. The  term  makeup has  become synonymous with  cosmetics because such  formulations are often  applied  to enhance one’s physical  exterior. Cosmetics have  played  a  significant role in female culture in the United States since the 19th century, when  an  identifiable cosmetic industry arose.

During much of the  19th  century, creams, lotions, tonics, and other cosmetic preparations were  primarily produced  and consumed in the home. Initially, these homemade concoctions were based on formulas found in popular advice books or derived from family-held recipes.   By  mid-century, cosmetics   were   popularly  prized for  their   ability  to  soften   the skin,  protect against  sunburn, and   remove   freckles.   By  the late 19th  century, many American  females  were also grinding chalk  to make  face powder and using  beets to give their  cheeks a  rouge   glow.  While  a  home-grown U.S. cosmetics trade prospered, many Americans viewed commercially produced cosmetic preparations with much skepticism and caution. They  feared that commercially produced cosmetics were unsafe and could  harm their  health.

In addition to health concerns, many  19th-century Americans disapproved of cosmetic use  for moral  reasons. Inspired by the  attitudes and  beliefs of the Victorian era,  these  individuals referred to  cosmetics as paint  and  questioned the virtues  of those  who applied  it. Such  objections were based  upon the belief that  a person’s core moral  character would  manifest itself directly  in the body’s physical form.  Under this  line of reasoning, blemishes, for example,  were not  understood as a superficial skin  condition, but  were  rather believed  to be the  result  of personal  moral  failings. Persons who engaged in illicit sexual activity, it was thought, would  develop  skin  conditions as a result  of their  sinful  actions. The  use of cosmetics,  therefore, was taboo because it was seen  as a ruse  to cover  up  a lack of honesty, piety, frugality,  or sexual  purity.  If pimples were the  result  of sinful  behavior,  using  cosmetics to cover them  up was similarly  disdained. Indeed, before the 20th  century, cosmetics were most  frequently associated with sex workers and actors, persons who, it was believed, had an interest in masking their  true  identity in order  to present an altered  public  persona.

During the early 20th  century, several factors  helped to popularize commercially produced  cosmetics and  change the  stigmatization associated with  their   use. The  Pure  Food  and Drug Act of 1906 allowed the federal government to regulate the cosmetics industry and  crack  down  on faulty marketing practices. This  legislation  gave traction to the  emerging cosmetic industry because it mandated that producers provide  correct ingredient information for  their  goods,  thereby discouraging inaccurate product labeling  and  the  use  of harmful chemicals in cosmetic  preparations. The  growth of national markets and  the  emergence of mass consumer cultures in  the  early  20th  century were  among the  most  important factors  leading  to the widespread acceptance of cosmetic use in the United States. With  heightened national production capabilities and  the development of a professional  advertising industry, 20th-century producers were able to send  positive messages about cosmetic consumption to a wide array of Americans. During the

1910s  and  1920s,  the  number of advertisements for cosmetics in popular magazines  ballooned. Ads featured in The Ladies Home Journal, Good Housekeeping, and other popular women’s magazines helped to raise the public  visibility of commercial beauty  products and  familiarize  Americans with their  use. Following the  advent of the radio, in the 1920s, cosmetics manufacturers also began to market their products heavily  through the  airwaves.  Commercial advertisements extolled  the safety, effectiveness, and desirability of mass-produced cosmetic preparations.

Female  entrepreneurs played  important roles  in the  growth of the  cosmetics industry  during the  early 20th  century. Women such  as Sarah  Breedlove  (Madam C. J. Walker), Florence Nightingale Graham (Elizabeth Arden),  Chaja  Rubinstein (Helena Rubinstein), and Josephine Esther Mentzer Lauter (Estée Lauder) helped to create a national cosmetics industry that was not only headed by women, but that  employed many female workers as well. Sarah  Breedlove  created the Madame  C. J. Walker  Manufacturing Company in 1906,  and  in 1918  her  company began  to sell an array of cosmetic products for African American women, including four  shades of face powder, cold  cream,  and  cleansing cream.  Earning over a quarter of a million  dollars  that  year, Walker  vociferously fought back  against critics  who  derided her  industry as undesirable. Walker  contended that  the  sale of her  products offered  African  American females  respectable employment and lucrative incomes at a time  when  employers were remiss  to offer women of any color high-paying jobs. The  fact that Walker  drew large profits  throughout World War I, a time of great public  rationing, points to the solidification of the cosmetics industry in the early 20th-century United States.

The  consumerist ethos that  emerged during this era changed the most  basic ways in which  Americans related  to, understood, and  used  their  outward physical  appearance. During the first decades of the 20th  century, ordinary Americans began to use consumer goods  as avenues for the  expression of the  inner self. The  mass availability of cheap  cosmetics allowed the American female to easily try on various makeup styles and the public personas associated with each look. By the 1920s, the Victorian mores that  shunned cosmetic use had  given way to the  impulses of the modern girl, whose  cosmetic preferences helped redefine  the boundaries of womanhood. Alongside loosening sexual mores and changing clothing styles, cosmetic use was a staple feature of the era’s popular flapper look.

It was in this  atmosphere of change that  the  aspiring saleswoman Josephine Esther Mentzer Lauter learned her craft. Starting in 1924, Lauter worked  at New Way  Laboratories in  Manhattan, a  cosmetics manufacturing  and  distributing business owned  by her uncle. At New Way Laboratories, Lauter became an expert at applying  lip color, cleansing oils, powder, eye shadow, freckle remover, and cold creams on the  faces of potential consumers. In 1933,  she renamed herself  Estée Lauder and  began  her  own  home-based cosmetics business. Rather  than in the gregarious years of the  roaring 1920s,  Lauder launched her  business during the Great  Depression, when  one  out  of four  Americans was unemployed. However, as Lauder aptly realized,  a national depression could  be good  for the  cosmetics industry. In part  because of the  many  economic problems people  faced, Americans used  inexpensive commercial pleasures, such  as movie tickets,  records, alcohol, and  cosmetics, to boost their  mood. Lauder grew her business by promising women both a new look and a new feeling about themselves. Attempting to briefly turn her clients’ thoughts away from their  economic woes, she offered them  what she called “confidence-building beauty” through cosmetics.

Another cultural factor that  led to the mainstream acceptance of cosmetics use in the  1930s  was its visibility in U.S.  cinema. Film  brought images  of self-assured, sexually  confident, and  glamorous women to  the  masses   of Americans  living through the anything-but-glamorous realities of life during the Great Depression. Due  to the  popularity of cinema, fashionable clothing, cigarettes, and  cosmetics became associated with  a modern lifestyle. As a result, many  American women demanded access  to the  look  they  saw on  the  silver screen. After applying  cosmetics  to the  faces of Hollywood stars,  including Judy Garland and  Bette  Davis, the Polish  immigrant Maximilian Faktorowicz (Max Factor)  was able to popularize his cosmetic line among young  women. Max Factor  cosmetics were popular among women in many  immigrant households; for them, cosmetics use was not only glamorous, but also a way to solidify their  identity as Americans. Max Factor advertisements regularly  appeared in the Mexican American publication La Opinión, which  was targeted to firstand second-generation Americans. In addition to film stars, many American women of different backgrounds learned how to stylize their  bodies  by mimicking the  actresses they watched on television beginning in the 1940s. Taken together, print, film, radio, and television advertising were popular mediums that  pushed cosmetics use into the mainstream of American culture during the first half of the 20th  century.

By the mid-20th century, the targets  of cosmetic marketing widened further. Cosmetic  advertisements began  to appear  in new  periodicals such  as Seventeen  and Charm; these  were directed toward female  adolescents and  girls. The  postwar era also saw increased marketing of cosmetic products to American men.  However, while  cosmetics use  grew during the  second half of the  20th  century, its acceptance  was never  universal. Indeed, during the  1960s  and  1970s,  many  American women rejected makeup use  outright. Opponents of the  cosmetic industry argued  that  producers and  advertisers encouraged women to  adopt unattainable standards of beauty. Indeed, many feminists cited cosmetics as a troublesome part of the  larger  male-dominated economy that  manipulated women into  a passive consumer role. The  cosmetics industry, they  argued, focused women’s attention on making themselves into  perennial objects of male desire.

Despite these  critiques, the sale and use of cosmetics continued to increase during the second half of the 20th century. Between 1955 and 1965, U.S. retail sales for all cosmetic and toiletry  items rose from $1.2 billion  to $2.9 billion  and the market came  to be dominated by a handful of large  international corporations. An early industry  leader, Estée   Lauder is exemplary of this  trend. Between 1958 and 1965, the company’s sales rose from $1 million   to  $14  million   dollars. To expand their markets further during the  later  decades of the 20th  century, Estée  Lauder and other major   cosmetic companies targeted multiple consumer groups simultaneously. For  example, in 1968, Estée Lauder introduced its  Clinique brand, a  line  the  company developed to  court  women in  their   20s who  were  interested in  medically  sound  cosmetic preparations.  Just over a decade  later, in 1979,  the  company created its Prescriptives brand, which  was marketed as a high-tech line of skin care treatments. Prescriptives was aimed at consumers who were older than the Clinique buyer  but  younger than the purchasers of traditional Estée Lauder products. Again sensing an opening in the market, Estée Lauder introduced its Origins brand of cosmetics in 1990,  a line  of botanical-based products for both women and  men.  In this  way, Estée  Lauder and  like-minded cosmetic companies sought to saturate the  market with competing brands during the  second half of the  20th century. Started as small enterprise created by a first-generation American woman in the 1920s, Estée Lauder, Inc., had grown into a four-billion-dollar corporation in 1990 and employed over 15,000 people. Indeed, the mass scale of the cosmetics industry was one of its defining features at the century’s end. By the late 1990s, seven global  corporations, including L’Oréal,  Procter and  Gamble, Unilever, Shiseido, Estée Lauder, Avon,  and Johnson & Johnson accounted for almost  half of all cosmetics  revenues in the world. 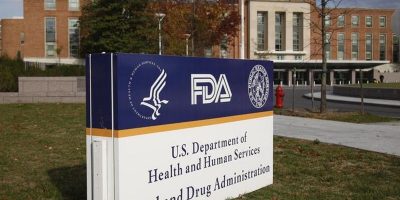