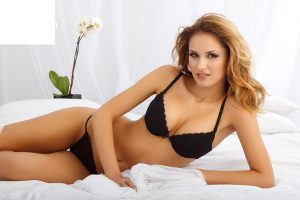 Undergarments or underwear have been coded as delicates, underthings, intimates unmentionables, and  underclothes, suggesting the  cultural mystique underpinning  these  most  provocative and  private  garments. While  men’s  undergarments have remained relatively unchanged throughout most  of the 20th  century, women’s undergarments have shaped and reshaped women’s bodies  since the dawn of fashion in the Middle  Ages.

The  influence of fashion on the shaping of  women bodies   is  perhaps no better  illustrated than by the case of the merry widow, a foundation garment that  was invented for and worn by Lana Turner in  the  1952   film  bearing the same  name. The  merry  widow  foundation  garment brought a renewed focus to the breasts while cinching the waistline,   producing  the   ideal   hour-glass figure   popularized  during  the   1950s. The merry widow exemplifies the intertwined relationship of the  American beauty   industry, the  fashion industry, and  the  American film industry, sometimes  referred to as the  beauty/fashion industrial complex.

Foundation garments like the  merry widow  structured  external silhouettes by  shaping women’s bodies   from  underneath. The  New  Look,  designed by Christian Dior  in  1947,  was  produced by foundation garments that  sharply defined   the  breasts and  narrowed the torso. In  an  effort  to  revamp  the  ideal feminine silhouette after World  War  II, Dior  is said to have declared that  without foundations, there  could  be no fashion. Hence, according to  Dior,  women’s fashion was dependent on  foundation garments to fashion female bodies  into  desirable silhouettes. Other famous foundation garments include the corset, which  until  the 1920s reigned as the single most shape-enhancing garment in Western beauty  and fashion culture from the 1350s onward.

The  corset  produced a myriad  of figures  throughout the  centuries and  tended to focus on the waist, although in some cases the hips and even the breasts were dramatically  altered  by the  application of the  corset. Fashioned on the  Greek  zoné or girdle, which shaped the lower torso, the corset  similarly cinched the waist. Corsets were  made  of many  materials, including steel  and  iron  in the  16th  century and heavy linen  and  whale bone  in the 17th  century. Whale  bone  continued to be the main  material used  in corsets until  the  1929  invention of Lastex,  a rubber elastic thread developed by the  Dunlop Rubber Company. Corsets also  came  in many shapes, such  as the  swan-bill corsets of 1895  and  the  Edwardian s-bend corsets popularized by the Gibson Girl, which  shaped women into  the letter  S. Straighter, longer  corsets followed  the  s-bend corsets and  hinted at the  end  of the Victorian era and the move toward more  modern undergarments in the 20th  century.

The  all-in-one undergarment known as the corselette solved the figure dilemmas of 1920s  woman who wanted to look like girlish  imps  in flapper  apparel. By flattening the breasts, slimming the hips, and deemphasizing the waist, the corselette created a tubular effect. The  ideal feminine flapper  form  was lithe,  with  graceful arms,  legs, and  collarbones all exposed, but  this  body  ideal gave way to the  more curvaceous and womanly figure of the 1930s.

In the  United States,  the  silver screen goddesses Marlene Dietrich, Jean Harlow, Mae West, Joan Crawford, and Greta Garbo  exemplified fashion’s ideal body, and  Lastex  made  undergarments sleeker,  more   streamlined, and  sexier  without  bumps or  bulges.  The  motion picture industry glamorized and  sexualized women’s bodies, figures,  and  silhouettes, and  the  bust  again  became a saleable commodity. Warner introduced cup  sizing in 1935  and  revolutionized the  brassiere  industry. Separating the  breasts became a key  focus  of brassieres in  the 1930s.  DuPont’s invention of Nylon just  before  World  War  II foretold the  role technology and  manufacturing would  play in  developing stronger but  lighter undergarments. The  undergarment industry was poised  for growth, but  wartime production of  parachutes, tents, and  tarpaulins took  precedence, and  fashion waited until  the war was over.

With  the  end  of World  War  II, inventions such  as Nylon, Lastex,  and  power  net could  be brought to bear on women’s fashions and figures. Christian Dior’s  New Look  dominated postwar fashion.  Women  in  the   late  ’40s and  ’50s embraced the  conical shaping of the  breast. While technology in the form of foam rubber continued to contribute to bra padding, the  use  of wire and underwire to achieve  conical breast shape intensified. Girdles   and  bras  began   to  be worn  in  tandem in  the  1950s, creating voluptuous figures.

The girdle, a cousin of the corset, is an elasticized  or rubberized lightweight corset extending from waist to upper thigh. The  girdle arrived  along  with an increase in women’s physical activity; however, the history of girdles has been somewhat tempestuous. They  were simultaneously embraced and  required in the ’40s and  ’50s because they controlled jiggling and  bulging while keeping stockings up. Fabrics such  as Lastex,  Nylon, and  finally DuPont’s Lycra  in 1959,  increased the  comfort, construction, and  design  of girdles  during this time. Such  new technologies spurred on by the progress of postwar industrialization showed up in an array of styles to fit the varying sizes of waists, thighs, and bottoms.

The  end  of the ’60s and  early ’70s meant a decline  in girdles  and  a virtual  end to their  prescribed rituals  and  practices. Although this garment underwent many changes—from open-bottom, to boy-leg,  to panty-girdle; from  rubber, to Lastex, to Lycra; from paneled, to single-seamed, to seamless—girdles continued  to hold up  stockings, flatten  tummies, and  shape  American women for  three  decades. What  happened in the late ’60s was a social upheaval, a feminist movement, and a fashion coup. Girls in particular wore dresses  and  girdles  less often,  preferring pants, pantyhose, and  miniskirts, and  many  women flirted with the  idea of wearing little or no  underwear. The  ’60s also signified  a moment of social  change in which  the  rules  for everything from  fashion to politics  were broken. The  decline of the girdle was part of this social change.

Like  the  waist,  breasts were  constantly subjected to  fashion’s ideal  silhouette. While  flapper’s  breasts were  flattened, Hollywood’s leading  ladies  of the  1930s and  1940s  allowed  breasts to take  center stage.  Jane Russell’s  appearance in the first ever cantilever-engineered wire bra in Howard Hughes’s then infamous 1943 film, The Outlaw, caused quite  a stir. Hughes built a bra based  on the theory that  a bra is nothing more than a suspension bridge for the breasts. Russell has been said to have made a career of her breasts and appeared through the ’70s as the spokes model  for Playtex’s  18  Hour Bra. Conical bras  were  replaced with  cantilevered bras and other 1950s female movie stars followed Russell’s lead. Marilyn  Monroe, Elizabeth Taylor,  and  Brigitte  Bardot  all rose  to fame as their  voluptuous figures projected fashion for the masses.

Like the  fate of the  girdle, the  bra was threatened by dress  reform in the  late 1960s.  Earlier  dress  reform  movements, such  as Amelia Bloomer’s 1851  promotion  of bloomers, Turkish trouser–like pantaloons that  gained  popularity in the early 1900s  when  many  women took  up cycling as a leisure  activity, would  serve as a reminder of the  relationship between women’s rights  and  gender-restricted dress.  During the  American women’s  rights  movement of the  late  1960s  and ’70s, many women sought to free themselves physically and metaphorically from the  trappings of femininity. While  bra burning was part  of feminist protests and rallies,  contrary to  popular misconception, there  were  no  bras  burned at  the 1968  or 1969  Miss America  Pageant protests.

However, unlike the  girdle,  the  bra  survived  the  political,  social,  and  cultural upheaval galvanized by the antiwar  movement, the gay rights  movement, the feminist  movement, and  the  civil rights  movement. The  fitness  craze  of the  1970s kept  women locked  in the cult of the slender body launched by the 1960s  model Twiggy.  As breasts again  came  to  be  the  focus  of gendered fashion in  the  late 1980s and 1990s, push-up bras and breast  implants rose to ascendancy while tall, narrow-hipped, broad-shouldered supermodels were in vogue.

Thong underwear, along with its closely related  G-string, was once associated only with the risqué;  yet, by the end of the 20th  century it quickly became mainstream, but  still controversial, fashion. Since  the  late 1990s,  the  underwear that  literally hides  in the  crevasses  of the  body  may not  show  panty  lines, but  the  straps  that follow the lines of the hips can be evocatively visible. Indeed, the first controversy to bring  the  thong to the  attention of the  masses  came  in 1998,  when  President Bill Clinton’s affair with Monica Lewinsky received full media exposure, as did her admission of the  thong’s flirtatious role in her  tryst  with  the  president. In 1999, what  had  been  a relatively  small  share  of the  undergarment  market witnessed a 100  percent increase. In 2000,  for example,  40 percent of underpants sold  at Victoria’s  Secret  were either  thongs or G-strings. But the undergarment was also turning profits  at stores  that  ranged from Macy’s to Kmart,  suggesting a range  of consumers that  now  considered thongs to be everyday  apparel. So popular had undergarments become, that  rhythm and blues  artist  Sisqo realized growing  success with his pop chart  simply titled “Thong Song.” While  the 2000 hit song, just like the  fashion statement, seemed to be everywhere in American culture, there were some  limits with the consuming public. Indeed, in 2002, clothing chain  Abercrombie & Fitch  faced a backlash after briefly attempting to market thongs to tweens, something that  struck a nerve,  especially  with  parents’ associations and Christian organizations. Finally, in 2005, the thong was again involved  in a political scandal involving  another tainted presidency. This  time,  the  sensual garment became not  a means to tease but  to torture, designed to break  Muslim detainees held  at Abugraib. Mixing  religion  and  sex, the  underwear became a device of female  interrogation that  left much of the  American public  questioning  military procedure and  the  ethics  of the  entire  Bush  administration. The  thong is just one of many undergarments throughout history that  has engendered controversy while exposing the contradictions that  have given shape  to society. 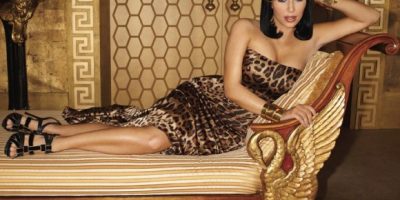