The  natural look  is a style of cosmetics use  made  to create  the  illusion of not wearing any beauty  products at all. This  style was first popular in the 1970s, when there  was a desire  articulated across  the fashion world to return to a more  simple and innocent time, with many designers looking to traditional and folk dress for inspiration. In turn, a wide variety of more  subtle tones of lipstick, nail polish, eye shadow, and blusher appeared on the market. Untinted or subtly  shaded lip gloss appeared on the market in 1971. Hairstyling was also a factor in this overall look. Many  women began  to wear their  hair straight and long, a dramatic change from the  bouffant and  beehive  styles popular in the  1960s.  Although there  was not  a single  defining  trend in makeup during the  1970s,  the  natural look  became very popular with women across  a variety of population segments. The  irony is that  to correctly achieve  this un–made up look, a lot of makeup must be used.  Similarly, the natural style of hair worn  long, loose, and  straight was not  possible for many women, and  they  used  clothing irons  to press  the  curls  and  waves out  of their hair  to achieve  the  desired natural look. African American women were encouraged to grow their  hair into an Afro, a style that  also appeared casual and careless but  took  a great deal of time and effort to achieve.

The  natural look  fell out  of favor  in  the  1980s,  when  the  trend focused on fluorescent colors,  bright pastels,  and  anything that  sparkled. By the  mid  1990s, a more  casual  look  was in favor. With  the  advent  of casual  Fridays,  grunge, and shabby chic, and  a revival of the Bohemian look, heavy makeup for women once more  gave way to neutral shades of eye shadow and paler lipstick  colors.  Mascara ceased  to be available in electric  blue, purple, and hot  pink; instead a wide variety of brown to black hues  were sold.

In today’s  market, the  natural look  is once  again  popular. Tinted moisturizers and  barely  there  shades create  a minimalist look.  Maybelline recently  created a line  of eye shadow sets  intended to compliment and  enhance the  eye color  instead  of drawing  attention to the makeup itself. Actress  Drew  Barrymore scolded the  advertising audience that  their  “makeup was showing” in a 2008  television advertisement for CoverGirl, further telling  them  that  they  should “see the  difference, not  the makeup.”

The natural look is also more than just an un–made up style; it also incorporates the use of natural products. Companies like Burt’s Bees, Physician’s Formula, and Bare Escentuals have made  a name  for themselves by providing natural-looking cosmetic styling  created from  minerals and  organic ingredients. Because  of their origins, these  products have less variety of available colors  and  often  do not  provide the finish or lasting  wear that  many women desire  in makeup. To bridge  this gap, many  mainstream cosmetics companies such  as CoverGirl, Avon,  L’Oréal, and Mary Kay Cosmetics have all launched mineral makeup lines or have added minerals to many  of their  existing  products.

Today, the use of makeup is still required to achieve that  natural look, but cosmetics companies have made great strides  in creating makeup that is the next best thing  to nothing at all. From  natural minerals to mousse foundations, the idea is to use makeup to create  a flawless complexion that  looks like a woman is wearing nothing at all. 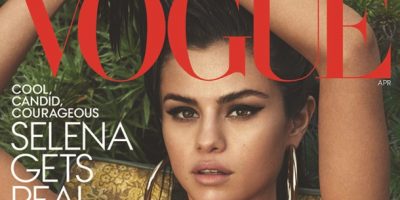