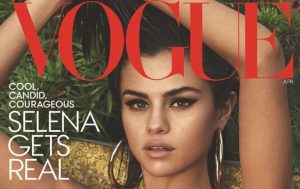 Vogue is the world’s preeminent fashion periodical, functioning as an authoritative voice on all things fashion related. Throughout its history, Vogue has set the standard  for fashion coverage,  innovating and  changing with the  times  in a way that has  managed to  ensure its continued relevance. Over  the  years,  this  has  meant the  inclusion of varying amounts of social and  cultural commentary, though the consistent focus  of the magazine has always been  informed coverage  of the fashion world.

Begun  in 1892  as a weekly journal intended to appeal  to the elite of New York City, it was purchased by Condé Nast  in 1909. The  original  formula for the magazine was a primary focus on coverage  of New York’s wealthy elite, including some fashion coverage.  Nast  gradually introduced various  changes, including more  extensive  coverage  of Paris  and  London fashions. Visually,  Nast  introduced more color  to the  magazine, including color  covers,  which  quickly  placed  Vogue at the forefront of  women’s magazines. These innovations altered   Vogue’s  reputation from a magazine targeted specifically at the aristocratic classes to a magazine purveying the possibility of an aristocratic lifestyle for all.

Though Nast’s  innovations helped push Vogue into  a prominent position; this prominence has been  sustained by a series  of charismatic women who  served  as both editors-in-chief and  tastemakers. Edna  Woolman Chase  (1914–51)  guided Vogue  through the  early  years  of the  20th  century. Jessica  Daves  (1952–62)  is remembered for her interest in incorporating more  serious journalism and coverage of the  arts. This  melding of fashion with  more  traditionally accepted artistic practices was the first step towards the melding of the fashion and art worlds  that is so prevalent in the 21st century.

Vogue’s most  flamboyant editor, Diana Vreeland (1963–71), was notorious for her  vision  of fashion as pure  escapist fantasy.  This  view of fashion as excess  resulted in her ousting in favor of Grace  Mirabella (1971–88), who was considered more  responsive to the  fashion needs  of the  1970s  working woman. Anna  Wintour  (1988–present) not only documents styles, but sets them  through her promotion  of relatively unknown fashion talent. Wintour has also aligned  the magazine with various  philanthropic causes, including AIDS activism and the Metropolitan Museum of Art’s Costume Institute.

Throughout its  history, Vogue has  been  associated with  top  illustrators and photographers such  as Edward Steichen, Cecil  Beaton, Lee Miller,  Irving  Penn, William Klein, David Bailey, Richard Avedon, Steven Meisel, and Georges Lepape. Capturing images  of models garbed  in the  fashions of the  moment, these  artists have provided the  high-quality images  that  ensure the  continued success of the magazine.

In 2008,  the  Vogue empire included 12 international editions, along  with  the magazine Teen Vogue. Men’s Vogue ceased publication in 2008 due to financial  pressures  on  the  parent company. Vogue also  has  a Web  page  that  provides readers with inter-issue updates on the fashion world.