You don’t have to race to race walk. But if you do compete in judged races, two rules apply:  The knee of the  supporting leg must straighten for a split  second as it passes under the body, and the front heel must contact the ground before the  rear foot  leaves the  ground. Although sometimes controversial (just like line calls  in tennis or football), both are  still judged by the  human eye as of this  writing. 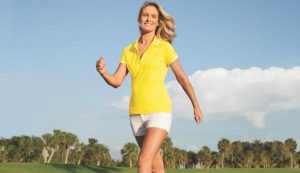 Race  walking  has  been around for centuries. Men’s race walking  became part of the Olympic Games  in 1908, with competitors today testing their skills in 20- and 50-kilometer events, reaching average speeds of 6- to 7-minute miles for the distance. Women  joined the Olympics in 1992 with a 10-kilometer race, in which many  of them averaged 7-minute miles.  The  women’s event was changed to  20 kilometers in the  late  1990s,  with  many  still  approaching an average 7-minute-mile pace.

Race walking uses the basic, strong walking technique I’ve described, but it takes it a step further. The rear-toe push-off becomes almighty. Fast turnover distinguishes the champions from runners-up. Arm swings using the large back muscles power racers forward. Hip action, though, is what  sets race walkers apart. Take a closer look at a good  walker. The hip roll is simply  a strong fit- ness walker’s hip  movement (as  previously described), greatly exaggerated. Contrary to popular belief, it is not a side-to-side sashay. Any movement side to side  detracts from the  energy needed to push forward. The hip movement allows a walker to cover more ground per stride without bouncing, and the more ground a walker covers with each step, the more quickly he or she reaches the finish line. Good race walkers should look as if they’re skimming the  ground, nearly floating over its surface. Their heads should not change planes. Knees, as the rules state, must straighten upon heel landing. Note the word is straighten, not  lock. Locking the  knees can harm cushioning cartilage.

Studies have  shown that the biomechanical breakpoint between walking and  running—that point at which your body wants to run slowly because bounding off the ground actually takes less  effort than walking  fast—is a little slower than a 12-minute mile,  or 4.8 to 4.9 miles  per hour. What that means is that most people’s bodies will naturally tell them to start running when  they near that speed; if you’ve never tried to walk  fast, you’ll get a funny  sensation as  you  near that point—as if someone were whispering in your ear, “Go ahead, run!” You actually have  to use more muscle to continue to walk at that speed than if you indeed broke into a trot. This is where you will discover that indeed walking is not just slow running. Using more muscle means you also  use more calories, and  that’s likely part of your goal with an activity program. 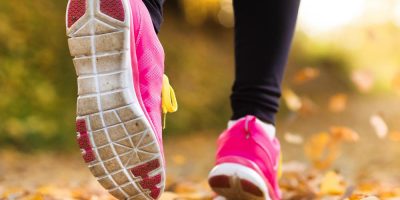 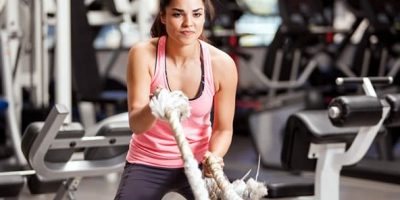