Initial  research  examining  coach–athlete  relationships  almost  exclusively  focused  upon  utilizing  models  of  leadership  to  illustrate  how coaches’ behaviors and actions influence athletes’ actions  and  behaviors.  Packinthan  Chelladurai’s Multidimensional  Model  of  Leadership  is  one theory  that  has  been  widely  used  to  examine coach  leadership  and  the  subsequent  influence  it has  upon  athletes.  This  model  consists  of  three aspects of coaching behavior: actual leader behavior, preferred leader behavior, and required leader behavior. Actual leader behavior incorporates the behaviors a coach displays based upon his experience,  personality,  and  ability.  Preferred  behaviors are  the  behaviors  that  athletes  would  prefer  the leader to display. Preferred behaviors can be influenced by various factors such as athlete’s age and gender. For example, younger or less experienced athletes  may  prefer  higher  levels  of  relationship oriented  behaviors  from  coaches  than  older  or more  experienced  athletes.  Similarly,  although research is not conclusive, male athletes may prefer  more  autocratic  coach  behaviors  than  female athletes.  Required  behaviors  are  behaviors  that coaches  employ  due  to  environmental  or  situational constraints and demands. This model suggests  that  athletes’  performance  and  satisfaction are attributed to the degree of congruence among the three aspects of leader behavior.

Taking  a  relational  perspective  to  examining coach–athlete  relationships,  Sophia  Jowett  developed the 3 + 1C model. This model proposes that effective coach–athlete relationships are characterized  by  four  interrelated  dimensions:  closeness, commitment, complementarity, and coordination. Closeness accounts for the emotional aspect of the relationship. It refers to the interpersonal feelings between  the  coach  and  the  athlete,  and  includes aspects such as trust, respect, and caring for each other.  Commitment  describes  the  cognitive  component of the relationship and reflects the coach’s and  athlete’s  thoughts  regarding  their  intentions to maintain a close athletic relationship over time. Complementarity  refers  to  the  behaviors  part  of the  relationship.  Complementarity  reflects  the coach’s and athlete’s cooperative interactions during  training  and  competition.  Finally,  co-orientation accounts for the coach’s and athlete’s shared perspectives,  which  are  developed  as  a  result  of open  channels  of  communication.  The  quality  of the relationship is influenced not only by how the coach  and  athlete  directly  perceive  their  relationship but also by how they believe each other perceive the connection.

Conflict in the Coach–Athlete Relationship

Conflict has been defined as experiencing discord between  oneself  and  significant  others.  Two  of the  main  reasons  conflict  arises  between  coaches and  athletes  are  an  incompatibility  in  the  relationship  and  either  party  breaking  the  rules  of the  relationship.  Incompatibility  can  arise  within the  coach–athlete  relationship  when  differences emerge  regarding  goals,  beliefs,  attitudes,  values, or behaviors. For example, if a coach and an athlete are striving to achieve different goals there is potential for conflict to arise as each party is working toward a different outcome. Similarly, changes in circumstances may contribute to a coach or an athlete  breaking  the  agreed  upon  rules  of  their relationship.  Such  rules  are  the  expectations  for behavior  each  party  holds  for  the  other  party, themselves, and the overall relationship. Such conflict can arise or be enhanced if the relationship is lacking in terms of open, honest communication.

The coach–athlete relationship within youth sport is often complicated by the involvement of parents. When children begin to take part in sport, parents are often heavily involved and coaches play a more marginal  role.  However,  as  children  progress  in sport, they increasingly rely on their coach as more changes  as  parents  assume  a  more background role. The changing roles between parents and coaches can be associated with conflict or power struggles. If such conflict arises, it can cause tension within the coach–athlete and parent–athlete relationship. Children can also become unhappy or distressed if they become caught in the conflict. 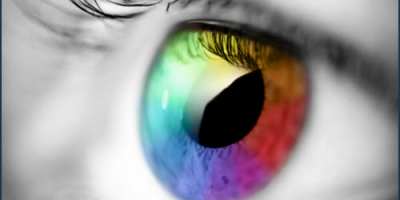 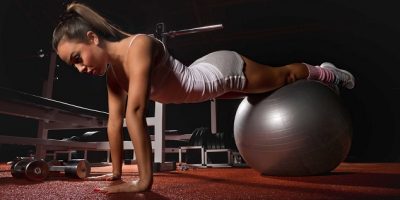