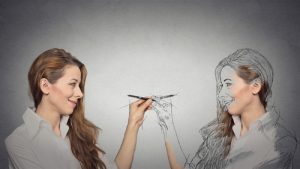 As  a  child,  whom  did  you  want  to  be  when  you grew  up?  A  firefighter?  A  professional  athlete? Where  did  this  idea  come  from?  Something  you saw on television? Or perhaps you were emulating parent or other significant adult. As you entered high  school,  it’s  likely  you  began  to  think  more seriously  about  your  future.  You  met  with  your guidance  counselor  and  created  a  plan  for  your future—you took specific courses, applied to particular  colleges,  or  volunteered  to  gain  firsthand experience  for  that  hoped-for  career.  As  a  young adult,  you  continue  to  have  thoughts  about  the future.  You  may  wish  for  that  ideal  job  or  even fantasize about winning the lottery. In all, our lives are filled with hopes, dreams, and desires for the future.  These  future-oriented  self-perceptions,  or possible selves, are the subject of this entry.

Definition and Characterization of Possible Selves

Possible  selves,  a  term  coined  by  Hazel  Markus and  Paula  Nurius,  are  described  as  how  an  individual thinks about his or her potential and future. An  individual’s  possible  selves  are  thought  to  be the  cognitive  link  between  past  experiences  and future  hopes,  desires,  fears,  and  fantasies.  They represent what we hope to become as well as what we  hope  to  avoid  becoming;  we  call  these  hoped for  and  feared  selves,  respectively.  Possible  selves that are more likely to be achieved focus on who we  want  to  be  (e.g.,  a  mountain  climber)  versus what we might like to do (climb a mountain). Both hoped-for  and  feared  selves  have  been  shown  to motivate us to act; we develop strategies to achieve our  hoped-for  selves  and  avoid  feared  selves. Importantly, even selves that have little likelihood of being achieved (for example, the lottery winner self-described in the first paragraph) can carry significant  emotional  weight.  Thus,  a  young  athlete could  yearn  for  the  hoped-for  self  of  winning  an Olympic  medal,  something  that  may  be  unlikely but at least remotely possible, or a sedentary, overweight  adult  could  be  able  to  clearly  envision  a possible self as thin and strong, even though he or she may be doing little to achieve that possible self. As Hazel Markus and Paula Nurius noted, an individual is free to create any type of possible self he or she wants as long as these are important to the individual  and  consistent  with  the  sociocultural and historical world in which he or she belongs.

Factors Related to the Endorsement of Possible Selves

People  seem  to  have  no  trouble  coming  up  with and  describing  their  possible  selves,  regardless  of age,  gender,  race,  or  other  individual  differences. In  a  study  examining  possible  selves  in  people between the ages of 18 and 86, researchers found that no one had trouble generating possible selves. The possible selves ranged from very general (to be happy, to be healthy) to very specific (to play the piano well for my own enjoyment). Other studies support  the  ease  with  which  people  can  think  of and verbalize possible selves. Even older adults can relate  to  the  possible  self-question,  Who  do  you want to be when you grow up? For an older person, this is likely to focus on issues related to health and independence, such as “not being a burden on my family” or “able to enjoy retirement.”

In  fact,  researchers  have  found  age  differences in possible selves. Younger adults tend to emphasize  hoped-for  selves  related  to  family  (becoming a  mother)  or  occupations  (having  a  job  I  enjoy), and feared selves focus on family and relationships (never  finding  the  “right”  person)  or  are  physical in nature (being in poor health). While family hoped-for  selves  of  middle-aged  and  older  adults are  also  endorsed  (seeing  my  children  graduate from  college),  possible  selves  in  the  physical  category  (be  healthy  and  active,  be  in  good  health) become  much  more  important  with  age.  Feared selves are commonly reported in the physical category  as  well,  focusing  on  avoiding  ill  health  or becoming dependent on others. The fact that possible  selves  differ  across  age  groups  is  an  indication  that  this  component  of  the  self  continues  to evolve as we age, with some possible selves staying important and others fading into the background. However, possible selves have also been shown to be  resistant  to  change.  In  one  of  the  few  studies examining possible selves over time, older adults’ hoped-for  and  feared  selves  showed  much  more stability  than  change  over  a  5-year  span.  The changes that did occur involved health-related and physical  hoped-for  selves,  which  were  added  to existing possible selves.

Although it might be difficult to see how possible selves  can  be  stable  and  changeable  at  the  same time, the concept of stability and change is actually a core principle in human development. For example, we can think of our personality as a very stable entity, but if we look at components that make up  one’s  personality,  we  see  considerable  change over  time.  The  principle  of  stability  and  change allows us to plan for the future (e.g., knowing how we generally react to situations) while allowing for more subtle changes that fit the situation we find ourselves  in.  In  a  similar  way,  we  may  have  possible  selves  that  remain  very  important  over  our lives (e.g., being an active person) but add possible selves  that  fit  a  particular  context  or  time  frame (e.g., being able to play with my grandchildren).

Planning Achievement of Hoped-for Self and Avoidance of Feared Self

Possible selves have been linked to long-term goals and identity. Like goals, possible selves require an action  plan  to  be  achieved.  Since  they  are  associated  with  our  identity,  possible  selves  act  as  a strong  incentive  for  action  and  change.  You  can think  of  possible  selves  as  “supercharged”  goals; they  are  not  just  something  we  want  to  do  (like run  a  marathon)  but  someone  we  want  to  be  (a healthy  adult,  able  to  achieve  a  goal  and  persist over time). Building a bridge between who we are now (our current selves) with who we want to be (our future or possible selves) provides an opportunity for behavior change. The following example highlights the general principle of comparing one’s current  self  with  a  future  (possible)  self  to  initiate action. This process utilizes well-studied techniques from sport and exercise psychology (SEP), including  goal  setting  and  imagery.  The  unique aspect  is  the  specific  focus  on  the  self  and  one’s identity.

Imagine,  if  you  will,  two  young  athletes  with a  desire  to  achieve  a  high  level  of  performance. Athlete  A  is  a  young  man  who  wants  to  earn  a college  scholarship  to  play  baseball.  Athlete  B  is a  young  woman  who  wants  to  join  the  professional golf tour and compete with the best in the world. In both cases, they share the possible self of being an elite athlete. Their current selves are also somewhat  similar;  they  see  themselves  as  accomplished in their sport, have aspirations to reach an even higher level, and believe they have the mental toughness needed to be successful. Developing an  action  plan  that  links  their  current  self  to their future self can help them achieve their goal. Research shows that well-conceived and complex possible  selves  are  most  likely  to  be  realized,  so the more vivid the plan, the better. These detailed plans facilitate the development of self-regulatory strategies,  defined  as  the  ability  to  work  toward one’s  short  and  long-term  goals.  To  begin  this planning  process,  both  athletes  would  do  well  to examine their strengths and weaknesses. Having a clear possible self-facilitates self-monitoring, a key step  in  developing  self-regulatory  skills.  Athlete A  might  then  create  a  highlight  video  of  college players he admires, so as to “see” his possible self-more  clearly.  He  would  continue  on  from  there, developing  specific  technical  or  psychological strategies  to  help  him  move  from  his  current  self to  his  hoped-for  self.  Similarly,  Athlete  B  might create benchmarks toward attainment of her ultimate  possible  self  (e.g.,  compete  successfully  in regional  tournaments,  play  in  a  mini-tour,  attend Q-school). By developing a plan and a process for evaluating movement toward their hoped-for self, these  athletes  will  be  more  likely  to  achieve  this self over time.

Although  little  research  in  the  sport  domain  has explicitly  tested  the  use  of  possible  selves  as  an intervention  strategy,  research  in  the  exercise realm has. For example, Judith Ouellette and her colleagues  asked  students  to  describe  themselves 10 to 20 years in the future as either an exerciser (hoped-for  self)  or  a  non-exerciser  (feared  self), then were asked to provide specific details of those possible selves (thereby increasing the specificity of those selves). Both groups given this brief intervention  showed  increased  exercise  behavior  4  weeks later. It may seem surprising that the feared selves were  equally  motivational  as  hoped-for  selves. However,  there  is  evidence  that  pairing  a  feared self with a hoped-for self is motivational, since the discrepancy is more likely to lead to action.

In a recent follow-up to that study, Elisa Murru and  Kathleen  Martin  Ginis  examined  the  effects of  a  possible  selves  intervention  on  young  adults. They were interested in how possible selves impact behavior—that  is,  the  mechanism.  Not  only  was the  intervention  successful  in  promoting  exercise (the intervention group had higher levels of activity than a control at 4 and 8 weeks) but they also found  that,  as  predicted  by  theory,  one’s  confidence in utilizing self-regulatory strategies (specifically planning) in part allowed the possible self to impact actual behavior. In sum, their research provided  further  evidence  that  possible  selves  impact exercise behavior by facilitating the development of self-regulatory strategies, which in turn makes you more confident about your ability to achieve that possible self. Although research in this area is just beginning, these studies provide a compelling starting point, suggesting that possible selves can be an effective strategy to elicit health behavior change.

The  concept  of  possible  selves  is  highly  relevant to  sport  and  exercise  contexts.  Most  of  us  have ideas about our future we can verbalize, and these future-oriented selves have been shown to impact our  behaviors.  For  adults,  a  large  percentage  of these  possible  selves  relate  to  health,  well-being, and our physical selves, so it seems quite reasonable that physical activity (PA) can be the strategy that links current and future selves. Although possible selves have the potential to be an intervention strategy for sport contexts as well, more research is needed. Most of us contemplate our hoped-for and feared selves but may not have taken the time to  examine  what  we  need  to  do  to  realize  these dreams  and  desires.  With  a  little  work,  possible selves can become actual (achieved) selves; it is a concept  ripe  for  future  research  and  practice  in sport and exercise contexts. 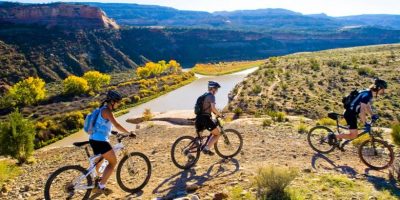 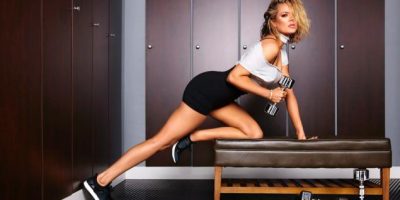