Like  sport  psychology  (SP),  the  field  of  sport psychiatry  may  involve  utilization  of  psychological  approaches  to  enhance  athletic  performance. However,  a  primary  focus  of  sport  psychiatry  is diagnosis  and  treatment  of  mental  illness  in  athletes. Sport psychiatry is a relatively new field, and as such, the research base is still developing. This entry reviews the diagnostic epidemiology of, and treatment options for, mental illness in athletes.

Epidemiology of Mental Illness in Athletes

Little  systematic  research  has  been  conducted  of the  relative  frequency  of  psychiatric  disorders  in athletes as compared with the general population. However, a recent review by Claudia L. Reardon and  Robert  M.  Factor  showed  eating  disorders and substance use disorders among athletes might be relatively more common than other psychiatric disorders in this population. Up to 60% of female athletes in certain sport-specific populations suffer from  eating  disorders,  and  the  rates  among  male athletes are increasing. Additionally, mental health providers  must  consider  “anorexia  athletica”  in athletes,  in  which  athletes’  muscle  mass  masks their  low  body  fat,  but  they  exhibit  many  of  the other signs of an eating disorder.

Substance use disorders, especially anabolic steroid and stimulant abuse, also appear to be diagnoses  of  relative  concern  in  athletes.  Athletes  use steroids  and  stimulants  to  enhance  performance, but  these  substances  can  also  adversely  impact performance.   Specifically,   steroids   can   cause mood  changes,  aggression,  psychosis,  and  cognitive impairment. Stimulants can cause weight loss, tremors, and insomnia. As in the general population,  athletes  abuse  alcohol  more  than  any  other substance.

Beyond eating disorders and substance use disorders,  any  psychiatric  disorder  could  strike  an athlete.  However,  others  particularly  important to  consider  include  major  depressive  disorder (MDD). Some evidence suggests that MDD might be  no  more  common  in  athletes  than  the  general population, but it can be precipitated by the unique factors of overtraining, injury, poor performance, retirement from sport, and concussion.

Clinicians  should  also  consider  compulsive disorders, including muscle dysmorphia, in which muscular athletes feel they are too small, and exercise addiction, in which athletes experience “withdrawal”  anxiety  and  depression  when  unable  to exercise,  and  thus  continue  to  exercise  despite injury   or   dysfunction.   Importantly,   clinicians should not mistake superstitious rituals, common in sport, for obsessive–compulsive disorder.

Treatment of Psychiatric Illness in Athletes

Medications  and  psychotherapy  are  the  two  primary modalities of treatment of psychiatric illness in  any  population,  including  athletes.  When  prescribing  medications,  clinicians  should  consider three factors: effects on performance, anti-doping guidelines, and safety. No large, randomized, controlled trials of psychiatric medications in athletes have been published to date. However, small studies of their use in athletes have been reported and can guide medication choices. In considering antidoping  guidelines,  prescribers  should  know  the guidelines of the relevant sport federation prior to prescribing any medication for a high-level athlete. Regarding safety concerns, clinicians should especially consider whether medications might become toxic in athletes who are excessively sweating and if the medications can have adverse cardiac effects in athletes pushing themselves to extremes.

There  have  been  small  studies  of  some  antidepressants, specifically selective serotonin reuptake inhibitors (SSRIs) and bupropion. Preliminary data show that the SSRI fluoxetine may not impact athletic performance. One study shows the SSRI paroxetine to limit performance, while another shows no  such  impact.  Early  data  show  that  bupropion might  be  performance-enhancing  in  hot  temperatures and especially when used acutely as compared to over longer time periods (the latter representing how athletes generally take the medication if used for  psychiatric  reasons).  Other  antidepressants have  not  been  systematically  studied  in  athletes. A  survey  of  sport  psychiatrists  has  revealed  that fluoxetine would be their antidepressant of choice for  use  in  athletes  needing  medication  treatment for depression.

Sedative–hypnotics and anxiolytics are another important  category  of  medications  to  consider, as  athletes  may  suffer  from  insomnia  and  performance  anxiety.  Melatonin  is  the  most  widely studied   sedative–hypnotic   used   for   insomnia in  athletes,  and  it  appears  to  have  no  impact  on performance.  Some  studies  show  that  benzodiazepines,  when  used  for  insomnia,  may  have  a negative  hangover  effect  on  performance.  This  is particularly true of longer-acting benzodiazepines. Non-benzodiazepine  agonists  such  as  zolpidem and  zopiclone  appear  to  have  less  of  a  hangover effect  on  next-day  performance.  Other  medications  that  may  be  used  for  anxiety  include  betablockers, which may be performance-enhancing in some sports such as archery, and thus are banned by  that  sport’s  international  federation.  In  contrast,  they  are  probably  performance-inhibiting in endurance sports. Likewise, the anxiolytic buspirone  has  been  shown  in  one  small  study  to  be performance-inhibiting.

Medications to treat ADHD include stimulants and  atomoxetine.  The  former  have  been  shown in  several  studies  to  be  performance-enhancing, and thus have been banned for use by athletes at high levels of competition unless the athlete has a Therapeutic  Use  Exemption  (TUE).  Atomoxetine is  a  selective  norepinephrine  reuptake  inhibitor  and  has  not  been  studied  for  impact  on performance.

Mood  stabilizers  have  been  minimally  studied in athletes and antipsychotics not at all. The mood stabilizer  lithium  may  be  of  concern  when  used by  athletes  because  of  the  risk  of  toxicity  while sweating.  However,  even  that  apparently  well-known risk has been called into question, as some evidence  suggests  that  lithium  levels  can  actually be reduced during intense exercise.

Psychotherapy  alone  may  be  used  for  mild cases  of  depression,  anxiety,  or  sports-related adjustment  issues.  It  may  also  be  used  as  an adjunct  to  medications.  As  with  prescription  of medications for athletes, psychotherapy with this population  presents  unique  challenges.  Denial  of psychological  problems  is  common  among  successful athletes. Additionally, athletes may be used to being the “VIP” and in charge, which can interfere  with  therapy.  Among  the  different  types  of psychotherapy, cognitive behavioral therapy may be  a  particularly  reasonable  choice  for  athletes given  their  comfort  with  structure,  practice,  and goal setting.

Clinicians,  coaches,  and  other  staff  who  work with  athletes  should  be  aware  that  mental  illness  can  strike  this  population,  despite  athletes’ typical  presentation  as  strong  and  physically  and mentally  sound.  Once  a  mental  illness  is  diagnosed,  treatment  may  consist  of  medication  and/ or psychotherapy. 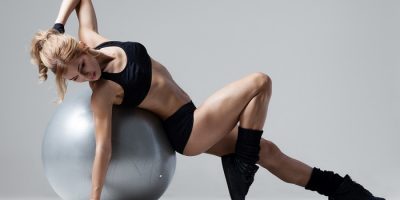 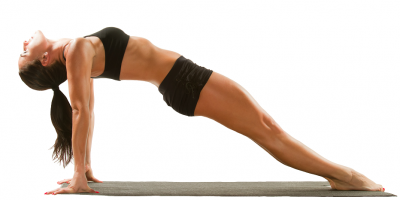