Status  represents  an  individual’s  social  standing in  relation  to  others.  Attributes  of  status  can  be based  upon  physical  characteristics  (e.g.,  age)  or intangible  attributes  (e.g.,  prestige,  prominence). Individuals  with  higher  status  are  often  afforded more social benefits including respect, more unsolicited  help  from  others,  greater  praise  for  performance,  disproportionate  credit  for  successful collaborative  efforts,  and  more  opportunities  to share their opinions. Higher status individuals perceive the world and themselves differently and more favorably  than  do  those  of  lower  status.  Status is  an  important  concept  within  group  settings  as perceptions of status influence thoughts, attitudes, and  behaviors  of  individuals  toward  other  group members. While status and its influence on group members has been a topic of considerable interest in the fields of social and organizational psychology, research on status is relatively recent in sport and exercise settings. In this entry, we investigate attributes of status and empirical evidence on the topic in sport and physical activity (PA) settings.

Attributes of Status in Sport

In a follow-up study, Jacob and Carron examined the association between perceived status and cohesion  in  sport  teams.  The  sample  included intercollegiate Canadian and Indian athletes from a wide cross section of sports (e.g., volleyball, basketball, soccer, hockey), and they found that athletes who perceived greater task cohesion on their respective teams (i.e., higher personal involvement with group’s task, productivity, and goals) placed less importance on status within the team.

Empirical Evidence on Status in Sport

Researchers  in  organizational  psychology  have highlighted  the  benefits  of  equal  status  within groups. Equal status teams make decisions on the basis  of  quality  of  information  regardless  of  the contributor’s status and provide lower status individuals with greater opportunities to enhance their self-efficacy  and  performance.  Amy  Christie  and Julian Barling examined how status inequality on sport  teams  is  related  to  individual  performance and physical health among 30 National Basketball Association (NBA) teams over six seasons. Status was operationalized through player salaries, number of games started, organizational tenure, player awards and recognitions, and star power. Physical health was evaluated based upon absenteeism. Key findings  revealed  that  status  inequality  impeded performance  across  time  for  lower  status  players  in  particular.  Mixed  evidence  was  found  for the  status  equality–physical  health  relationship.

The  inconsistent  findings  were  attributed  by  the researchers  to  the  lower  status  players  in  both equal  and  unequal  settings  feeling  pressured  to play  whether  ill  or  injured  due  to  job  insecurity. This explanation is consistent with previous studies on work place sickness and absenteeism.

Status  research  in  physical  activity  (PA)  has predominantly  been  descriptive  and  focused  on sociodemographic  factors  such  as  age,  sex,  race, ethnicity,  and  socioeconomic  status  (SES).  Other status  classification  categories  include  education, marital  status,  parental  employment,  family  poverty,  and  self-reported  health.  Among  sociodemographic  factors,  SES  and  PA  have  received considerable  attention.  Higher  SES  youth  and adults  consistently  report  higher  PA  compared  to lower  SES  individuals.  While  much  of  the  status research  on  PA  and  exercise  has  been  descriptive and quantitative in nature, some limited work has qualitatively investigated the influence of status on PA behavior. Louise Humbert and colleagues asked high and low SES youth to share their perspectives on barriers to PA and how to get youth their age to  be  active.  Findings  indicated  that  environmental  factors  of  proximity,  cost,  access  to  facilities, and  safety  were  important  participation  factors for  youth  living  in  low  SES  areas.  Intrapersonal factors (e.g., perceived skill and competence to be physical  active)  and  social  factors  (e.g.,  friends, adult support) were identified as key intervention components to improve participation among both high and low SES youth. 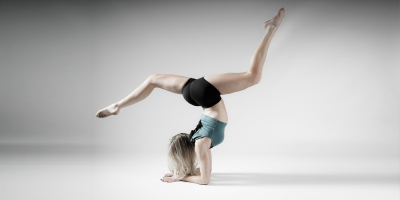 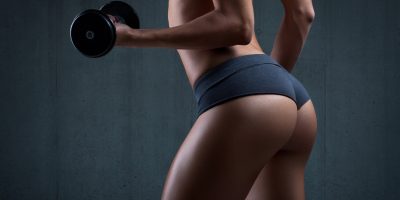