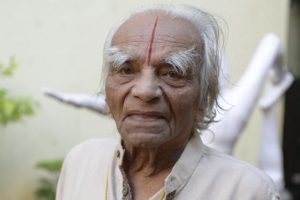 Yogacharya Iyengar is considered one of the most gifted and charismatic yoga teachers of our time. His gift has been to spread the teachings of yoga across the world, making it available to all who seek to unite mind, body, and soul.

Iengar’s genius undoubtedly lies in his ability to use his own body to deepen his knowledge of the asanas, or poses, and of pranayama, the yogic practice of breathing, applying this understanding to both his general and therapeutic instruction. Seen as a visionary of his time, he has proliferated hundreds of Iyengar centers worldwide and trained thousands of yoga teachers over many years.

The popularization of yoga across the continents may not have been possible were it not for the dedicated teachings of Iyengar’s own teacher, Sri Tirumalai Krishnamarcharya. Yoga’s resurgence in India after independence owes a great deal to his numerous lecture tours and demonstrations across the country. Krishnamarcharya believed “yoga to be India’s greatest gift to the world” and he is responsible for bringing forth some of the most influential teachers of today, one of the most famous being his brother-in-law, B.K.S. Iyengar.

The Teachings Of Iyengar

Iyengar’s discovery of the intricacies of each asana took him beyond the body’s muscular and skeletal systems. He used his own body as a laboratory to discern the effects of each asana on the internal organs and nervous system and, as a result, he developed a knowledge of the asanas that is probably unmatched by any other system of yoga. From his studies, he systemized over 200 classical yoga asanas and 14 different types of pranayamas, with many variations. This detailed program enables beginners to progress safely from basic to more advanced asanas as they gain flexibility and strength. For Iyengar, however, the poses are not merely about strength and poise. From his own practice, he perceived a steady flowering of the qualities expounded by the ancient principles of yoga: harmony and spiritual awakening as the mind, body, and soul are united. This spiritual element of yoga forms an integral part of his teaching.

In recognition of the differing needs and abilities of each individual, Iyengar devised the use of “props” to help perfect the poses, reasoning that “the use of props stimulates the practitioner’s body and mind and creates the zeal to stay longer and longer.” The aids include cloth belts, blankets, bolsters, wooden and foam blocks, sandbags, wooden benches, back- bending benches, metal poles, metal folding chairs, walls, and ropes, sometimes attached to the ceiling or walls. Certified Iyengar yoga teachers decide which props are needed to achieve the correct alignment without strain, facilitating the practitioner to experience an inward journey of self-discovery. Iyengar does not advocate permanent use of aids, but views them as props to enable beginners and the less flexible to enjoy the practice of yoga without enduring harm or injury. The props are particularly beneficial for those with medical needs, and this therapeutic component has enabled Iyengar to treat thousands of individuals suffering from a wide array of disorders. Once a student is properly established in the asanas and has developed a good lung capacity, he or she can be directed by the teacher to begin the practice of breathing known as pranayama.

Iyengar’s unreserved conviction as to the benefits of yoga, together with his charisma and magnetism, is evident whether teaching individuals or thousands in a large auditorium. Though officially retired, Iyenyar still teaches the medical classes at the Ramamani Iyengar Memorial Yoga Institute (RIMYI) and, despite many requests to teach, only occasionally returns to the limelight, most recently in 2000 when he held a special course for senior Iyengar yoga teachers from nearly 40 countries. The popularity of Iyengar yoga continues to grow and it remains the world’s most practiced form of yoga.

As Iyengar’s children grew, so did his popularity and fame as a yoga teacher and so, inevitably, they were exposed to yoga from a very young age. Although Iyengar never insisted that any of his children practice yoga, all six of them do practice regularly and three are teachers in their own right. Both his eldest daughter, Geeta, and his son, Prashant, have chosen the path of yoga and are committed teachers and directors at the RIMYI.

As a child, Geeta keenly observed her father in practice and was able to master the art of yoga at a young age. She attended college and went on to  graduate in philosophy. In 1962 she started teaching yoga and has never regretted this choice. Now in her 60s, she is a compelling and respected teacher at the Institute, teaching the women’s and pranayama classes. She has an acute sense of observation allied with compassion for her students. Her insightful teachings have helped many women through difficult pregnancies and menopausal problems. She has taught thousands of students from all over the world, at special conventions in the United States, Canada, Australia, and Europe and has written two books, Yoga: A Gem for Women and Yoga in Action—Preliminary Course. The latter is based on the syllabus taught at the RIMYI.

Unlike his older sister, Prashant showed little interest in practicing yoga as a child. Instead, his interest lay in music and he became an accomplished violinist. At the age of 20, however, he took up the practice of yoga and later started teaching classes with Geeta at Pimri, a small town near Pune, followed by an apprenticeship at the RIMYI. To enhance his teaching, he became a voracious reader of ancient texts such as the Sutras and Upanishads and is now considered an authority in this area. Following a severe accident, Prashant was unable to physically correct his students’ postures.

To compensate, his articulation improved and, as a teacher, he is distinguished for being a first class orator. He now teaches advanced classes at the RIMYI and has made several audio recordings on the yoga sutras, or sayings, on the practice of yoga.

Iyengar’s daughter, Sunita, lives in Nigdi, about 25 kilometers from Pune, where she teaches general and children’s classes at a center affiliated to the RIMYI. The latest family member to teach at RIMYI is Iyengar’s granddaughter, Abhijata Sridhar, who takes children’s, beginner’s, and intermediate classes.

The class schedule at the RIMYI is a busy one, with several classes held in the mornings and late afternoon to evening. Due to their popularity, the waiting list for classes is two to three years and, for the advanced classes, students must have practiced Iyengar yoga for a minimum of five years.

Anyone aspiring to qualify as a certified teacher of Iyengar yoga must undergo rigorous training. With hundreds of applications each year, it would be impossible for all Iyengar trainee teachers to study at the RIMYI and so the task of training has been entrusted to 16 Iyengar yoga associations around the world. Established for several decades under the guidance of Iyengar, the associations have set up teacher training courses with detailed guidelines on the requirements for enrolling, the training syllabus, and the stages of assessment, awarding certificates, and maintaining certification.

There are five levels of teaching certificates: Introductory, Intermediate Junior, Intermediate Senior, Advanced Junior, and Advanced Senior. To enroll for the Introductory level, the applicant must have attended classes under a certified teacher for a minimum of three years and provide a letter from their teacher as validation. The Introductory course is divided into two levels; the Intermediate Junior and Intermediate Senior courses are divided into three levels, and the Advanced Junior and Advanced Senior courses are divided into two levels. Students on the first two courses undergo rigorous training and assessment by senior teachers. A longer period of assessment of five or more years is required for the Intermediate Senior course, and recipients must generally study directly with Iyengar or at the RIMYI. The Advanced courses are also conducted at the RIMYI. The certification symbol is used exclusively by teachers throughout the world as an international standard of excellence in training and the continuing education in the Iyengar method. The success and growth of Iyengar yoga is partly due to the rigorous standards set by Iyengar, which are reflected in the length and throughness of his training courses.

Iyengar’s ongoing commitment to excellence is evident in the way potential teachers are instructed and trained and this has contributed to the successful propagation of his teachings both domestically and abroad. 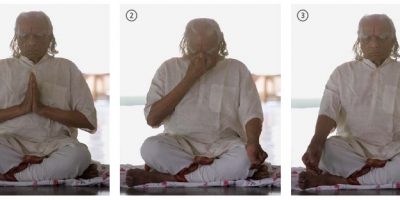 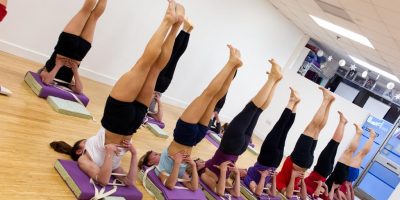