While many trade fairs are being presented virtually  or online, none yet approach the  large-scale productions and  elaborate settings of the  live hair shows. Online  sources  are  currently used  as advertising sites  for the  content  and  locations of  hair  shows  and also act as marketing sources for products  and  techniques demonstrated at the  hair  shows. Bonika  Shears’s  Web site http://www.bonika.com lists 28 hair  shows, classes,  and  symposia where  the company’s products may be found. The  site also includes listings  of shows  geared toward nonwhite audiences and clients.

One  of the  largest  live hair  shows, the  International Beauty  and  Barber  Show, draws 50,000–70,000 international attendees to New York and is credited with being the  first to launch the  hairstyle trends of the  bob, marcel,  kiss curl, and  pageboy.

Others large  shows  include America’s  Beauty  Show  in  Chicago and  HairWorld, which  holds  annual events  in the  United States  and  Europe featuring Olympicstyle international individual and team competitions. Several shows  are geared specifically to African American hair professionals, including the American Health and Beauty  Aids Institute (AHBAI), Proud Lady Beauty  Show,  and  the  Bronner Bros. International Hair  Show.  One  of the  most  esteemed and  exclusive  hair  shows  on an international scale is the Intercoiffure Mondial World Congress, which is held in cities around the globe and is by invitation only. In 2002, international hair product company Wella sponsored “the first hair show in the Middle  East” in Dubai.

While  little  is known about the  larger  history and  development of the  hair show,  the  first  on  record is the  International Hair  Show,  held  in  New  York  in 1917.  However, the  Bronner Bros.  hair  product company, based  in the  Atlanta, Georgia, area credits  itself with inventing the  concept, and  holding its first event in Atlanta  with 300 attendees in 1947.

Competitions held  in conjunction with  hair  shows  vary widely and  include hair cutting, hairstyling, manicuring, nail sculpturing, and  pedicuring. Often  categorized by level of experience, from long-time professional to student, competitions are  limited  by entry  fees and  include prizes  of money, trophies, and/or photographs of winning works  featured in trade  publications and  online. The  category called fantasy hair and nail competitions can be the most  visually interesting, with styles that  defy gravity and include a variety of colors,  patterns, and objects.

A platform artist demonstrates a hair service on a platform or stage at a hair show. Effective platform artists  are usually  experienced hairstylists representing an individual  product line or company and  combine public  speaking and  theatrics with the ability to cut or style hair.

A specialized hair  show  is specifically  geared  toward certain types  of styles. The World  Natural Hair Show in Atlanta, organized by Braids, Weaves & Things, Inc., beginning in  1999,  was  founded by Taliah Waajid.  It specializes in  nonchemical approaches to hair  treatments and  includes demonstrations of Waajid’s  hair braiding techniques.

Other, less product-oriented hair  shows  include the  religiously  themed In the Beginning God Created! in Rock Hill, South Carolina, or the International Fantasy Hair  Show  in New  England. The  latter  specializes in architectural constructions made  from  hair,  Styrofoam, fake flora, or other accessories, hosts a competition with prize money, and also acts as a fundraiser—in 2009, money  was raised for the New Hampshire Food  Bank.

A hair  show  was the  subject of a 2004  narrative film  called  Hair Show starring Mo’Nique and made by UrbanWorks Entertainment. A competition was also televised  during HairWorld: The  Pursuit of Excellence, which  portrayed the HairWorld  Championship (also known as the  battle  of the  bouffants) on  the  Public Broadcasting Service (PBS) in 2007. 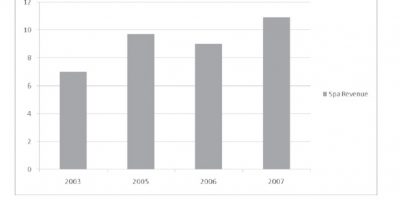