Though the  beauty  industry is largely  a product of the  20th  century, since  its advent, it has  become a major  point of contention and  debate among feminists. Interestingly, the  key to  the  growth of the  American beauty  industry has  been the  involvement of women as consumers, creators, and  icons.  As Naomi Wolf demonstrated in her  1991  book  The Beauty Myth,  however, the  influence of the beauty  industry on its consumers has been  directly  connected to the  social construction of ideal beauty  as the  purpose of womanhood. Following the  influence of American theater makeup, as well as the rise of photography, American women increasingly sought an  ideal  appearance through cosmetics. Female  leadership in  the  cosmetics industry was  central to  the  success of the  business, because women centered consumerism on  other women in a search for ideal beauty. As historian Kathy  Peiss  explained, women in the  early beauty  industry reacted to the  lack of access  to retail  markets for women by turning to home-based methods  such  as demonstrations and  door-to-door sales  in order  to  cater  to  female customers. This  method of direct  marketing gave women such  as Madam C. J. Walker and  Helena Rubinstein access  to wealth  and  market power  traditionally denied to women. The  beauty  industry quickly  transformed from a face paint mixed  by a druggist to a cultural rite of passage  for American girls. Through the 1940s  and  1950s,  the  rise  of advertising and  mass  media  meant uncontrolled growth in the beauty  industry. What  started as a cottage industry became a symbol  of cultural and  national identity, attached frequently to  notions of success, freedom, acceptability, and modernity.

1990s  beauty  dilemma was marked by a debate among feminists about the  cultural  role that  beauty  media played in America. Twenty-first-century feminisms— including third-wave, postmodern feminisms, and  the debates about body led by transgender and  fat  activists—continue to  bring  up  a myriad  of issues  related to the  beauty  industry. In each of these  phases, there  was also concentration  on   the   collusion of the beauty  industry and racism.  Authors including bell hooks,  Maxine   Hong  Kingston,  and  Toni  Morrison have written on  the  interlocking aspects  of  race,  beauty, and  the middle-class  white    paradigm of the beauty  industry. Throughout these  growing  debates about the power of the beauty  industry, the  industry itself has grown  to include over one  billion  dollars in profits  annually in the United States  alone.

Often  termed second wave, the feminists in the 1960s  and 1970s  saw the beauty industry as a challenge to sex equality. Of particular interest to second-wave feminists was the power of the beauty  industry to hold women to patriarchal standards of sexuality  and  acceptability. Betty Friedan, founding president of the  National Organization for Women, wrote  in her  groundbreaking 1963  book  The Feminine Mystique, that  the beauty  industry used  advertisements to oppress women by perpetuating stereotypical myths  about appearance and  sex appeal.  Feminist leaders increasingly called  on  American women to refuse  to wear  makeup, perfume, or brassieres in an attempt to highlight the  ways in which  the  beauty  industry was holding women hostage to beauty, and  to an  untenable patriarchal system  that demanded women be attractive before  they could  be successful. At the same time, the  black is beautiful movement developed as part  of civil rights  activism  in  the United States,  encouraging black  American women to  stop  straightening their hair,  wearing  makeup, and  lightening their  skin.  The  result  was a schism in the women’s movement of the  1960s  and  1970s.  While  radical  feminists protested beauty pageants, liberal feminists increasingly saw cosmetics and  fashion as essential  to women’s success in the workplace. Black American feminists embracing the  black  is beautiful movement were increasingly stereotyped as radicals  of the civil rights  movement, and  in many  ways excluded from  feminist movements. It has been  noted that  radical  feminists were portrayed as an unfeminine fringe that marginalized activists  and reinforced beauty  industry standards. Liberal  feminists such  as Gloria  Steinem and  Betty  Friedan, for  example,  sought advertising investments from  cosmetics companies for  the  magazine Ms.  (founded in  1972) under the  argument that  that  tactful  advertisements from  companies founded and  owned  by women were  inherently feminist. The  marginalization of radical feminists led to the  creation of a modern lesbian  rights  movement in the  United States, but the stereotype of radical feminists as unattractive and unfeminine (and possibly  lesbian)  became part of the American social system.

By the end of the 1970s  and the early 1980s, feminism began  to shift considerably. Powerful women in the  United States  and  abroad emerged on  the  international  stage, and these  women were powerful with cosmetics and while attractive. Feminist women of  color,  however, argued  that   attractiveness was  still  being measured in  white,  middle-class terms. In  particular, the  acceptability of black women with braids,  Afros, or other nonwhite hairstyles led to a renewed culture war over  beauty  and  hair.  It has  been  noted that  this  debate was so rancorous that schools across  the country banned inappropriate hairstyles such  as cornrows and dreadlocks. Oprah Winfrey,  who made  her network television debut in 1986, devoted an entire  program to the debate about hair and  discussed her own decisions  to straighten her hair—it  would  become a recurring theme on the program. Meanwhile, as radical white feminists continued to argue that the beauty  industry was inherently oppressive, other white  feminists rationalized the  beauty  industry as a form of women’s empowerment. Feminists, wrote Rita Freedman in her 1985 book  Beauty Bound, should “regard  looking pretty  as part  of the  feminist mandate to project confidence, to utilize assets, and to feel good about oneself ” (231). These feminists argued that  the  tools  offered  by the  beauty  industry were to be used  as a path  to power,  not  seen  as a tool  of oppression to be refused. Despite these  many  debates about the  beauty  industry in  feminist circles,  the  industry grew exponentially in the 1980s.

The  1990s  saw a major  revival of interest in the  beauty  industry among white American feminists. This  revival  was  caused by the  publication of two  books: Naomi Wolf ’s The Beauty Myth  (1991) and Camille  Paglia’s Sexual Personae (1991). Wolf and Paglia, both feminists who attended Yale University, presented two completely  different views of the  power  of the  beauty  industry. In The Beauty Myth, Wolf  argued that  the  entire  notion that  beauty  equaled liberation was false and constructed by the  industry itself  as  a marketing tool.  According to  Wolf,  the beauty  industry co-opted second-wave feminism by convincing women that  attractiveness and  stereotypical beauty  were the path  to liberation. Paglia, however, presented an entirely  different view of the beauty  industry. In Sexual Personae, she argued that  human history was the story of men’s  drive to control nature—which Paglia stated  was inherently feminine. According to Paglia, the result  was that  the whole  of Western civilization  was the  result  of men’s  control of women’s nature. Wolf and  Paglia were almost  immediately juxtaposed in the American press,  and their  inflammatory debate splashed across  the American media.  Paglia stated  that Wolf “owed everything to the hair,” while Wolf referred to Paglia as “the most  dutiful of patriarchal daughters.”

Though the debate between Wolf and Paglia caught the attention of the media, and  of many  white  feminists, for feminist women of color  the  debates about the beauty  industry continued to expand. Black American writers  and  activists  such as Angela  Davis  and  bell  hooks increasingly sought to  critique the  role  of the beauty  industry in reifying racism  and the fetishism of women of color. Hooks, in her essay “Selling Hot  Pussy” (1992) criticized  the beauty  industry for its reliance on  women of color  that  conformed to  white  beauty  standards in features such as straight hair  and  lighter  skin. At the  same  time,  women of color  attacked the continued distortion of Asian, indigenous, and  biracial  women in the  beauty  industry. Feminist scholars Elaine  Kim and Yen Le Espiritu wrote  strident critiques of Asian women as exotic others in beauty  media, and specifically on the portrayal of Asian women in beauty  media  as either  promiscuous “dragon ladies” or chaste and diminutive “china dolls.” Paula Gunn Allen’s The Sacred Hoop (1992) explored the history of colonization among indigenous women and  positioned the beauty industry as a part  of the  continued oppression of native  women by the  myths  of colonialism.

The  debates about beauty, sexuality,  and  feminism that  ignited  in the  1990s led  to  new  forms  of feminism in  the  21st  century. Led  by the  zine  revolution and  popular press  magazines such  as Bust and  Bitch, third-wave feminists believe strongly that  the  use  of cosmetics, fragrances, or fashion can  be separated from  individual identity. Third-wave feminism is especially  influenced by transgender activism  and  activists  who  trouble the  very notion of the  beauty  industry as a feminine industry. Multicultural feminism, which  continues to develop as a critique of white  feminism, relies  on  the  work  of hooks, Allen,  and  others to build  an inclusive  critique of racism  in beauty  media.  Another growing  field of feminism in the  21st  century is fat-positive feminism. Fat-positive feminists focus  on the beauty  industry as a system  that  portrays fatness  as inherently ugly and  unattractive, therefore creating an unrealistic and  oppressive stereotype for women. Between  and  among these  feminisms are women and  girls themselves, who  have  highly  individual opinions  about  the  body,  attractiveness, and  the beauty  industry.

The  beauty  industry is more  prevalent in the  lives of 21st  century Americans than ever before.  From  advertising, to television series such  as Extreme Makeover and  Tim Gunn’s Guide to Style, to the rise of celebrity  in American culture, Americans  are  more  aware  of beauty  standards, products, and  stereotypes than ever before. That feminists will have something to say about beauty  in the 21st century is certain. What  those  feminists will say, however, is as varied as the  people  who shop  in the beauty  aisle. 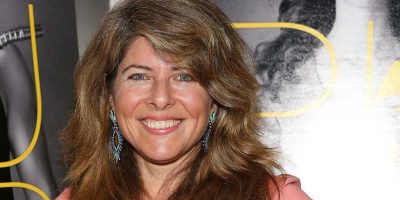