Religion and health have always been, and continue to be, important aspects of human existence. Throughout history, civilizations believed that health and disease were related to particular religious beliefs or practices. For example, some Christians believed that good health was the result of proper Christian living and poor health was a punishment for sin. Though the relation between religious or spiritual dimensions of life and health has been a significant concern, it was not until the 20th century that notable scientific evidence addressed this topic. In fact, the number of scientific studies devoted to religion/spirituality and its relation to health remained at a relatively low annual level until the mid-1990s. Since then the topic has gained significant attention from scientists in many different fields including psychology, sociology, anthropology, epidemiology, medicine, nursing, and public health.

This increased scientific interest was due to many factors. First, Western society became more interested in multicultural understanding of human behavior and health. Religious groups and their customs, beliefs, behaviors, and health became a focus of increased study as a result of this renewed emphasis on the diversity of human societies. Second, many patients became unsatisfied with modern medicine, believing that it had become too technology driven, specialized, and impersonal, and had consequently sacrificed uniquely individual aspects and treatment of the whole person. This led to burgeoning emphasis on alternative medical treatments, some rooted in religious traditions. Finally, interest in spirituality may be the result of other factors in modern society such as a sense of social disconnection or alienation, lack of formative religious experiences during youth for many adults, and the fact that life expectancy is longer and therefore people live with chronic diseases for significant lengths of time. Whatever the reasons, the trend toward increased scientific study of the relation between religion and health continues.

A compelling problem for scholars is determining what is meant by the words religion, religiousness, and spirituality. Although the terms are commonly used, their precise definitions are elusive. Nevertheless, it is important for scientific investigators to carefully define what they are examining.

Religion is often viewed in terms of an institutional basis, that is, religions are associated with organized societal groups, which have members who believe in certain rules, rituals, or formal procedures that address what they believe to be transcendent or ultimate reality and are carried out in the context of their gathering or worship. Religiousness is the term used to convey an individual s personal experience of his or her religion. This carries with it the important implication that two individuals may be members of the same religious organization, yet have a very different religiousness. Spirituality is similarly used to describe the individual, rather than the group, experience, and to some authors it is synonymous with religiousness. Many, however, distinguish spirituality from religiousness on the basis of whether a societal institution (e.g., a church) is involved. They view the individuals experience in the context of a defined religion as religiousness. Spirituality, from this perspective, has more to do with the individuals experience of the important subjective features of life (such as meaning and purpose, hope, and compassion for others) apart from a religious context.

Scientific Evidence Regarding The Relation Between Religiousness And Health

Despite these conclusions, there is room for skepticism. For example, although some of the studies are of high scientific quality and were designed to look directly at the topic of religiousness and health, most studied religiousness as an afterthought. Consequently, these studies were not designed to rule out other possible causes for their findings. In addition, whereas many of the studies produced results suggesting that religiousness is related to better health, the strength of this finding was often weak. One could question whether a weak finding, though observed with the use of precise scientific instruments and statistical analyses, is of practical meaningfulness. By way of illustration, a person with very high blood pressure may reduce it by two points. This may be observable in a scientific study, yet have no beneficial effect for the persons health. Some of the studies of religiousness have similarly produced insubstantial findings. Finally, not all studies have found the beneficial effects of religion for health, and some of those that have found these effects have only found them on a portion of the characteristics of health studied. Thus, although the best evidence suggests a beneficial effect of religiousness on health, there is room for further investigation of this topic and for healthy skepticism about how strong this effect may be.

If religiousness has a beneficial influence on health, how does it achieve this effect? In other words, what mechanisms may account for the relationship between religiousness and health? Several have been proposed. First, one way that religion affects health is by enforcing adherence to certain behavioral patterns based on religious beliefs. For example, many religious groups teach abstinence or moderation of alcohol use, abstinence from tobacco, or consumption of a vegetarian diet. These behaviors have known health effects. To the extent that engagement in these behaviors is motivated by religious beliefs, one can claim that religion has an impact on health.

Another way that religiousness may affect health is through social support. Religious groups provide their members with contact with others who believe in many of the same principles and are often concerned about the welfare of other members of the group. This amount and quality of social support are related to better health because it alleviates stress, provides for coping resources, and in some cases helps meet important material and physical needs. Religious individuals who are connected with organized local bodies of like-minded believers may have an advantage in terms of their social support.

The familiarity and ritual of religious services may also provide a source of support or comfort to individuals who engage in religious activity. These ceremonies carry with them meaning regarding purpose in life and even comfort in the afterlife. The predictability of the services along with their comforting message is likely to reduce distress for some.

Life presents many trials. The uncertainty of day-to-day interactions along with the precarious nature of life and the knowledge of one’s own mortality pose significant challenges to people as they adapt and cope with their circumstances. The belief systems found in religious codes may provide a buffer for these challenging and potentially stressful aspects of human existence. Religions provide answers to many of life’s biggest questions, such as why am I here, where am I going, what will happen to me when I die, how should I treat other people, and does my life really have meaning? To the extent that religions provide comforting answers to these questions, they may help individuals live lives that are relatively free of depression, anxiety, and worry. It is well known that these negative emotional states influence health in a detrimental manner.

Finally, some religious persons believe that their health benefits from direct intervention from God or a supernatural power. From a research perspective, studies of intercessory prayer have been cited to potentially support this position. These studies involve having patients with a given health condition being prayed for by other people. In the best of these studies from a scientific point of view, neither the patient nor the patient’s doctor knows that the patient is being prayed for. Thus, it is believed that any beneficial differences found for those in the prayer group versus a control group that was not prayed for would be due to the prayer and, by implication, some higher power. There are a number of studies that report such differences. It is important to note that these effects are small and are often found for only a few of many health variables studied. Thus, it is possible, indeed likely, that these results will not stand the test of time nor be consistently found when the studies are repeated.

The best evidence suggests a beneficial relationship between religiousness and health, but the strength and causes of this relationship remain areas for further study. More precise measurement of the dimensions of religiousness and spirituality and stronger scientific studies will facilitate better understanding of which aspects have prohealth impacts and which may have detrimental effects. 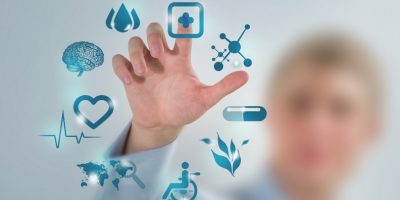 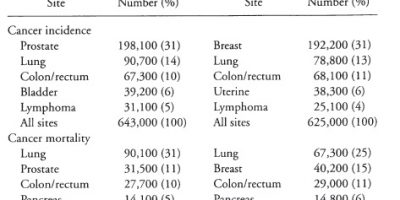