Conformity refers to the process of matching one’s actions or beliefs with the behavior and norms of those around us. Research into the nature of this phenomenon was popularized by prominent social psychologists in the early to mid-20th century such as Muzafer Sherif and Solomon Asch. Today, there exists  a  well-established  literature  base  regarding the  different  types  of  conformity  that  individuals display, the conditions under which conformity is (and is not) likely to occur, and the various desirable and undesirable consequences of conforming behavior.

Two interrelated types of conformity are described in  the  literature,  which  differ  according  to  their underlying  cause.  On  the  one  hand,  informational  conformity  occurs  when  we  are  uncertain about  the  most  appropriate  behavior  in  a  given situation,  and  we  conform  to  those  around  us  in order  to  bring  about  correct  courses  of  action. Imagine,  for  instance,  the  uninitiated  exerciser who observes more experienced individuals using the  weights  machine  in  the  gym,  before  trying  to mirror  their  technique  when  the  time  comes  to use the equipment oneself. In the case of informational  conformity,  individuals  most  often  look  to put their trust in those who are viewed as highly credible,  and  tend  to  genuinely  believe  that  they are adopting the most effective strategy. In sport, informational conformity has been documented in relation to performance appraisals, whereby gymnastics  judges  have  been  shown  to  display  more consistent  scoring  patterns  when  they  have  been made  aware  of  one  another’s  previous  ratings (even despite knowing their subsequent scores will not  be  revealed).  On  the  other  hand,  normative (or instrumental) conformity is underpinned by a desire  to  integrate  with  others  and  occurs  when we  acquiesce  in  order  to  be  liked  or  accepted.  In this  case,  individuals  may  not  have  genuine  faith that their chosen behavior or belief is correct, but they  conform  nonetheless  as  a  display  of  public compliance. For example, new players on a sports team may feel it is in their best interest to join in when their new teammates are complaining about their coach, despite having no personal grievances against the coach.

Although informational and normative conformity typically occur when one conforms to the will of  the  many,  this  is  not  always  the  case.  In  some instances, it is possible that the direction of influence  may  be  reversed,  and  that  the  majority  (the group)  may  conform  to  the  opinions  and  behaviors of a single individual. This notion of minority influence  dictates  that  when  a  high-status  person makes a particularly compelling case for a course of  action,  that  person  may  successfully  shape  the behavior  of  teammates.  In  sport  for  instance,  it is  easy  to  imagine  how  a  group  of  rookies  might willingly conform to the behavior of someone who occupies a position of authority on the team, such as a captain or senior player.

From an individual standpoint, there is less pressure on high-status individuals to conform within the group. For example, members of a sports team might  implicitly  accept  that  although  their  flamboyant  star  player  consistently  performs  well  in competition,  that  player  is  not  expected  to  practice  as  hard  as  the  rest  of  the  group  through  the week.  There  is  also  evidence  that  conformity  to group  norms  increases  when  individuals  hold strong  perceptions  of  team  cohesion  or  unity, and that gender may interact with task characteristics  to  shape  conformity  behavior.  Specifically, females  have  been  shown  to  conform  more  than males   when   performing   “masculine”   tasks, whereas males tend to display greater conformity on  “feminine”  tasks.  In  terms  of  situational  and societal  influences,  people  from  collectivist  (relative  to  individualist)  cultures  appear  to  be  more likely  to  conform  to  others’  behavior,  and  it  has been recognized that conformity is more likely as task  difficulty  increases.  It  has  also  been  shown that individuals display a greater tendency to conform  when  the  size  of  the  unanimous  majority (to  which  they  are  conforming)  is  large.  Finally, priming  research  has  demonstrated  that  the  subconscious  activation  of  affiliation  goals  and  conformity-related  concepts  may  also  be  responsible for  promoting  conformity.  For  example,  simply viewing conforming (e.g., a picture of an accountant)  versus  nonconforming  (e.g.,  a  picture  of  a skinhead punk) images has been shown to impact conformity-related behavior.

Conformity  behavior  is  driven  by  a  need  for  certainty and inclusion in one’s social interactions. By adopting  both  the  correct  (informational  conformity)  and  desired  (normative  conformity)  behavior, individuals not only bring their actions in line with the other members of their group, they also satisfy  their  need  for  belongingness  and  collective  identity,  as  well  as  experience  improved  self-esteem.  In  addition,  they  may  also  foster  more positive  social  relationships  by  eliciting  favorable responses toward themselves from the other group members.

That  said,  researchers  have  also  documented what may be viewed as adaptive outcomes associated with nonconformity (a heightened perception of uniqueness and personal identity), and conformity  behavior  is  not  without  its  potential  drawbacks. The concept of groupthink, which has been studied extensively in organizational and political contexts  (though  less  so  in  sport),  provides  an interesting  illustration  of  the  dangers  associated with  conformity  behavior.  Groupthink  occurs when a team’s desire for conformity interferes with the necessary processing of alternative ideas, viewpoints,  and  decision-making  options,  and  several famous  historical  and  contemporary  events  have been  described  as  prototypical  examples  of  this phenomenon:  decisions  associated  with  the  1941 attack on Pearl Harbor, the 2003 invasion of Iraq, and  the  escalation  of  the  current  global  financial crisis. Groupthink is most prevalent within highly cohesive  networks  that  do  not  possess  norms encouraging  free  speech,  dissent,  expressiveness, and sharing of opinions. This concept is typically characterized by, among other things, overestimations  of  the  group’s  capabilities  (“We’re  a  much better team than these guys.”), closed-mindedness (“They’ll never play as well against us as they did last  week.”),  illusions  of  unanimity  and  invulnerability  (“We’re  all  agreed,  there’s  nothing  to  fear from  this  opponent.”),  and  indeed  a  pressure  to conform  (“Everyone  else  is  fine,  what  are  you worrying about?”) 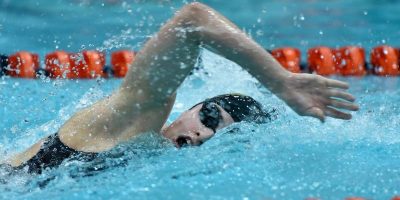 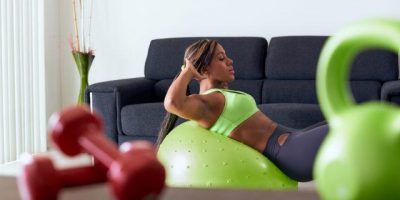