Peers  have  a  particularly  powerful  social  influence  on  youth  development,  particularly  during adolescence.  Positive  peer  interactions  can  help adolescents acquire a range of skills, attitudes, and behaviors.  In  sport  settings,  high  levels  of  peer support  and  quality  friendships  have  been  associated  with  higher  ratings  of  sport  enjoyment, commitment,  intrinsic  motivation,  and  perceived competence.

Alan  L.  Smith  and  Meghan  McDonough  have generated some important understandings of peer interactions  in  youth  sport  contexts.  But,  as  they observed, the term peer has rarely been explicitly defined in sport and exercise psychology research. Peer  groups  are  often  context  specific,  which means  that  individuals  can  engage  with  different peer  groups  in  different  contexts,  such  as  school, sport teams, or groups people hang out with informally.  Peer  groups  can  also  change  over  time  as adolescents’  interests  and  habits  evolve.  This issue  makes  it  difficult  to  specifically  define  who are  one’s  peers,  but  in  a  general  sense,  peers  can be  defined  as  individuals  of  similar  age  and  with similar  interests.  For  example,  in  sport  teams  or schools,  teammates  or  classmates  can  be  considered as peers.

Peer networks reflect the structure of peer connections. For example, individuals on a sport team can identify a network of people they interact with most  frequently  (e.g.,  cliques).  Peer  support  is  a concept that stems from the peer network. Support can  be  viewed  in  terms  of  structural,  functional, and  perceptual  dimensions.  Structural  dimensions are represented by the composition of a peer network.  Functional  dimensions  refer  to  specific tangible  functions  of  support  provided  by  others (received support). Perceptual dimensions refer to the extent to which individuals feel supported by others (perceived support).

The  role  of  peers  has  been  recognized  in  various theoretical frameworks used in sport and exercise psychology.  For  example,  Susan  Harter’s  competence  motivation  theory  considers  ways  in  which social agents influence motivation in achievement domains. Reinforcement, modeling, and approval of mastery attempts can enhance individuals’ perceptions  of  competence  and  intrinsic  motivation to participate in a task. In Albert Bandura’s Social Cognitive  Theory,  personal  (individual)  factors, environmental  (social)  factors,  and  behavior  are proposed  to  influence  each  other  in  a  reciprocal manner.  Peer  support  is  a  means  by  which  peers can  socially  reinforce  certain  behaviors,  such  as providing  encouragement  for  individuals  to  act in  certain  ways.  For  example,  peers  can  have  a positive  influence  on  children’s  and  adolescents’ physical activity behaviors and enjoyment of sport participation.

Kenneth  H.  Rubin,  William  Bukowski,  and Jeffrey  G.  Parker  put  forward  a  contemporary framework  of  peer  relationships  in  the  developmental  psychology  literature  that  has  recently been used by sport psychology researchers. Rubin argued that peer experiences are considered across several  nested  levels  of  social  complexity:  individuals,  interactions,  relationships,  and  groups. The   framework   begins   with   the   individual. Individuals  bring  relatively  stable  social  orientations  to  groups.  Individuals  involve  each  other via interactions (the simplest level of social complexity),  which  are  short-term  social  exchanges. Interactions  change  in  response  to  fluctuating circumstances  of  the  social  situation,  such  as  the characteristics and responses of a partner. During interactions youth may cooperate, compete, fight, resolve  conflict,  or  engage  in  a  range  of  other behaviors.

Interactions   are   shaped   by   relationships (a   higher   order   level   of   social   complexity). Relationships  are  influenced  by  past  events  and future  anticipated  events,  can  take  many  forms, and  have  characteristics  that  are  not  necessarily found  in  lower  level  interactions.  But,  the  nature of  a  relationship  is  defined  by  the  characteristics of  its  members,  the  types  of  interactions  that take  place,  and  the  individual’s  history  of  earlier relationships.  Friendships  are  an  example  of  the relationship level, and are discussed with reference to  sport  psychology  research  here.  Relationships are further embedded in and influenced by groups, which are networks of relationships with relatively clearly defined boundaries like a competitive sport team.  Peer  groups  are  more  than  an  aggregate of  individuals,  interactions,  and  relationships. Rather,  groups  have  norms  (e.g.,  shared  cultural conventions), processes (e.g., cohesion) and properties  (e.g.,  hierarchal  organization)  that  are  not necessarily found in children’s experiences at lower social levels. Groups help define the type and range of  relationships  that  occur  within  them.  Groups therefore  influence  interactions  and  relationships and vice versa.

Peer  acceptance  (or  popularity)  is  based  on  how a group views the status of an individual. Adolescents with higher levels of athletic ability tend to enjoy  more  peer  acceptance  and  be  more  popular in school than adolescents with lower levels of athletic ability. Even within sport teams, the most highly  skilled  athletes  tend  to  be  most  accepted and  viewed  as  leaders  among  their  teammates. Additionally, peer comparison and acceptance are important sources of information for judging physical  competence.  In  fact,  higher  peer  acceptance has also been associated with greater physical self-worth, positive affect, and intrinsic motivation for physical activity. Therefore, skilled athletes tend to enjoy high peer acceptance, which is further associated with other positive outcomes.

Friendship  is  a  feature  of  the  relationships  level of peer experiences. There are three fairly distinct aspects of friendships: whether or not a child has friends,  who  these  friends  are,  and  the  quality  of these  friendships.  Some  of  the  most  influential work on peer friendships in sport was conducted by  Maureen  R.  Weiss,  Alan  L.  Smith,  and  Marc Theeboomin the United States. Through interviews with 8to 16-year-olds they identified that the key aspects of best sport friendships were companionship and pleasant play, loyalty and intimacy, self-esteem enhancement and supportiveness, things in common,  conflict  resolution,  and  conflict.  These findings  were  used  by  Weiss  et  al.  to  develop a  questionnaire  (the  Sport  Friendship  Quality Scale; SFQS) to assess friendship quality in sport. Research  using  the  SFQS  has  revealed  that  adolescent  junior  tennis  players  who  reported  higher quality of sport friendships rated tennis enjoyment and  commitment  higher  than  players  with  lower quality sport friendships.

Playing  on  a  team  or  training  with  a  squad expands adolescents’ social networks and requires them to learn to deal with different types of people.  Moreover,  different  types  of  people  may  not otherwise be part of the adolescent’s social group if  it  were  not  for  involvement  in  sport.  A  recent study  of  peer  relationships  among  members  of early  adolescent  girls’  soccer  teams  showed  that players  integrated  new  members  into  the  team and  learned  to  interact  with  different  types  of people, but as the season progressed, they had to manage  conflicts  that  arose.  For  example,  teammates attempted to intervene and mediate conflicts among  other  teammates,  and  people  learned  to accept  others’  point  of  view.  Over  time,  a  structure of leadership emerged and players learned to work  together.  Although  peer  interactions  may not always appear to be going smoothly, the ways in  which  peers  learn  to  deal  with  each  other  and manage  difficult  situations  seems  to  have  important  implications  for  their  social  development, both within sport and beyond.

Peer   acceptance,   friendship,   and   conflict   are important  issues,  but  artificially  separating  these issues  for  the  purposes  of  research  may  produce only  limited  understandings  of  peer  experiences. In adolescents’ day-to-day lives, they likely experience a complex mixture of peer interactions. Smith has  encouraged  researchers  to  consider  multiple dimensions  of  social  experiences  in  youth  sport and  physical  activity  settings  by  highlighting  the notion  that  constellations  (or  combinations)  of social  relationships  influence  adolescents’  lives. For example, studies looking at such constellations of social relationships have shown that higher perceptions of adaptive peer group profiles (like high peer  acceptance  and  friendship)  predicted  adaptive  motivational  responses.  Subsequent  research has  considered  an  even  broader  range  of  social relationships  and  shown  that  positive  perceptions of issues such as peer friendship quality, peer acceptance,  and  child–parent  relationship  were associated  with  more  positive  motivational  outcomes  like  enjoyment  and  perceived  competence. Combined, these findings highlight the importance of examining combinations of social relationships in youth sport contexts.

During  the  early  stages  of  adolescence,  gender differences emerge in peer relations, with females usually  assigning  higher  importance  to  friendships,   intimacy,   and   emotional   support   than males.  One  study  conducted  in  the  United  States showed  that  for  female  high  school  athletes  peer acceptance and friendship quality, along with perceived  competence,  instrumental,  and  expressive behaviors,  predicted  self-ratings  of  leadership, whereas  coach  and  teammate  ratings  were  primarily related to ability only. For males, the psychosocial variables and ability were related to self, teammates,’  and  coaches’  ratings  of  leadership. Interestingly, other research has shown girls who play gender-appropriate or traditionally feminine sports such as volleyball and gymnastics typically report high social acceptance. Also, physical ability in boys is viewed as a desirable quality associated with popularity and leadership, while in girls it is valued in some groups but not others.

One of the goals of studying peer relationships in sport and physical activity settings is to find ways in which  to  promote  individuals’  social  competence. Rubin  et  al.  described  social  competence  in  peer relationships  as  adolescents’  capacity  to  engage effectively  and  successfully  with  each  social  level in  their  framework  (interactions,  relationships, and  groups).  Hence,  a  socially  competent  adolescent would be able to engage in a peer group structure  and  effectively  participate  in  group-oriented activities, nurture satisfying relationships based on balanced  and  reciprocal  interactions  with  others, and fulfill individual goals and needs through these interactions with peers.

Although  such  dimensions  of  social  competence  have  yet  to  be  widely  explored  in  youth sport  settings,  several  studies  have  shown  that learning  to  deal  with  different  types  of  people and working as a team to achieve common goals are some of the most important life skills people acquire through their involvement in youth sport. In  addition,  such  social  life  skills  seem  to  readily  transfer  from  sport  settings  to  other  areas  of adolescents’  lives.  For  example,  youth  sport  participants  have  reported  that  learning  to  interact with people in sport teams has helped them work better  in  group  assignments  in  academic  settings and  effectively  engage  with  others  in  work  settings.  Hence,  the  peer  relationships  and  friendships  that  occur  through  participation  in  youth sport have potentially important consequences for youth development. 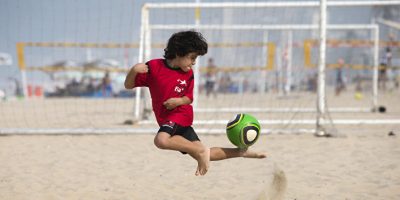 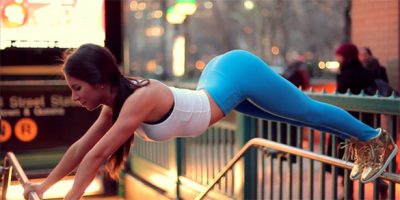