Organized  youth  sport  became  popular  in  the 1920s  (in  the  United  Kingdom,  at  least)  in  part based  on  the  idea  that  sport  could  help  to  produce  well-grounded,  physically  strong,  morally sound boys who would be successful contributors to  society,  particularly  in  the  military  and  business  worlds.  In  contemporary  societies,  there  are competing reasons for promoting participation in youth  sport.  For  example,  some  people  primarily view youth sport as a breeding ground for the next generation  of  elite  athletes.  Others  focus  more on  the  potential  psychological,  social,  and  emotional benefits of youth sport participation, while acknowledging  that  sport  participation  has  also been associated with negative outcomes.

Additionally,  youth  sport  has  been  viewed within a population health context. That is, declining  participation  in  active  free  play  and  active transportation  account  for  a  large  proportion  of the low levels of youth physical activity observed in  most  developed  countries.  Sport  has  therefore become one of the primary vehicles through which children and adolescents engage in physical activity.  Hence,  youth  sport  maintains  an  important role  in  modern  society,  but  reasons  for  promoting youth sport vary. Specifically, viewing sport as a breeding ground for talent versus a context for physical  activity  promotion  and  youth  development may not be entirely compatible.

Given these competing reasons it is perhaps not surprising that there are multiple systems of youth sport delivery that create a complex landscape. For example,  there  are  publicly  funded  recreational community-based leagues, competitive clubs, school teams,  specialized  school-based  academies,  elite private  training  programs,  regional  and  national development teams, and the youth team structures of professional sport clubs. Unfortunately, researchers have largely been unable to delineate the different types of outcomes associated with participation in different types of sport programs. Programs vary in terms of the amount of adult involvement  and  level  and  intensity  of  competition.  Recreationally  oriented  programs  are  typically run by committed volunteers (many of whom are  parents),  with  a  primary  focus  on  providing opportunities to play and the development of skills and  tactics  occurring  incidentally.  More  competitive  programs  often  include  professional  coaches and specifically focus on developing physical skills, technique, and tactical understanding. Sport sociologist  Jay  Coakley  argued  the  term  youth  sport has  become  synonymous  with  organized  competitive  programs  that  have  become  increasingly privatized and subject to adult control.

Although trends in overall physical activity participation have been relatively well documented, less attention has been given to youth sport participation rates. Nonetheless, from the available international data it appears that in developed countries between 50% and 70% of youth participate in at least one sporting activity annually. A study from Australia  showed  63%  of  children  (ages  5–14 years)  participated  in  organized  sport  within  the previous  year;  a  study  from  the  United  Kingdom revealed 59% of boys and 55% of girls (ages 2–15 years) participated in sports at least once a week; Canadian statistics showed that in 2005, 51% of children  and  adolescents  regularly  participated  in sport;  and  data  from  the  United  States  showed that 54% of all high school students participated in sport during the 2006–2007 school year. Finally, data also show that sport participation peaks during late childhood before sharply declining during the middle and late adolescent periods.

Despite these relatively high rates of sport participation, caution must be used when drawing conclusions from these data. In some surveys, respondents (often  parents  or  caregivers  rather  than  their  children) report children’s participation in sport once in the last year, while in other surveys require to report sport participation in the last week or month. Some studies  include  school  sport,  whereas  others  only focus on sport occurring outside of school (which is  likely  to  be  more  indicative  of  regular  commitment  to  youth  sport).  Finally,  in  some  studies,  all the  sports  in  which  an  individual  participates  are reported,  meaning  that  a  single  person  who  plays multiple  sports  may  be  counted  more  than  once when tallying sport participation. Combined, these measurement issues may mean that youth sport participation rates are artificially inflated. Standardized measurements,  definitions  of  youth  sport,  and regular  surveys  are  required  to  ensure  researchers and  policy  makers  have  a  detailed  and  accurate knowledge of sport participation rates.

There  are  numerous  inequalities  in  youth  sport participation. In many developed countries, sport participation continues to be lower among females compared  to  males.  There  are  also  differences  in youth  sport  participation  in  relation  to  socioeconomic status, family structure (one or two-parent families),  and  ethnicity.  Children  from  families with higher economic status and higher education levels tend to have more access to sport. Given the increasing privatization of youth sport and reduction of publically funded programs in many countries, the cost of youth sport has become a barrier to participation.

Organized  youth  sport  maintains  an  important role in contemporary society. Although programs have become more privatized and adult controlled, international participation rates are relatively high and stable. That said, inequalities relating to gender,  socioeconomic  status,  and  education  levels persist. In the future, it may be important to reduce these inequalities by providing greater access and opportunities  to  people  from  a  range  of  different backgrounds  and  working  with  administrators, coaches, and parents to help ensure the conditions for more consistently promoting positive outcomes are provided. 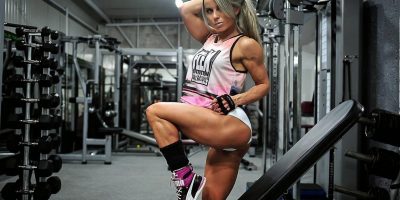 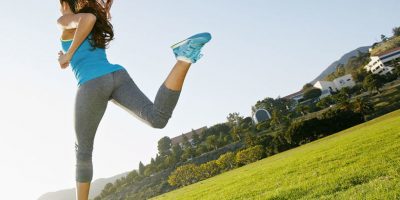