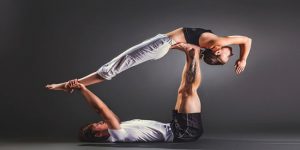 ADHIKARA – A disciple’s competency or moral fitness to practice the secret ritual.

AJAPA MANTRA – The involuntary prayer, “Hang-sah, Hangsah,” made by incoming and outgoing breath. It corresponds to the cosmic creative process by which the entire universe is breathed forth at intervals and then withdrawn.

AJNA – The sixth chakra or center of consciousness in the subtle body, situated between the eyebrows. It is sometimes called the Third Eye. Two wing-like “petals” or subtle channels emanate from it.

AKASHA – Ether; an invisible manifestation of primordial substance, which pervades the entire universe as its substratum.

ANAHATA – The fourth chakra or center of consciousness, situated in the cardiac region. It is sometimes called the “heart lotus.” Twelve mystic ducts or “petals” emanate from it.

ASANA – Posture assumed in the practice of yoga.

BANOWA – (Tib.) The Yoga of Ascendancy, by which the yogi can influence men, animals and inanimate objects.

BARDO – (Tib.) The intermediate state of the discarnate ego, between death and rebirth.

BIJA MANTRA – A seed sound, produced from the hidden power or primordial shakti. Tantrik texts say the universe evolved out of the fifty original bija mantras, which correspond to the fifty letters of the Sanskrit alphabet.

BRAHMA-RUDHRA – The “gateway of Brahma,” an aperture in the crown of the head, through which the soul may leave the body.

CHAKRAS – Six centers of consciousness and psychic energy in the subtle body. They are variously called “lotuses,” “wheels,” and “omphali” because of their shape. They are: the muladhara, svadhisthana, manipura, anahata, vishuddha, and ajna (q.v.).

CHITRINI – A tiny nadi or subtle channel for psychic current, present inside another – the vajrini (q.v.).

DIKSHA – Initiation by a guru.

DRAGPO – (Tib.) In Tibetan Tantrism, the wrathful or Banishing Performance by which the yogi can cause calamities, strike a person speechless, kill or destroy.

GUHYA-BHASHANAM – Intimate discussion with a person of the opposite sex.

IDA – Conduit of subtle energy, coiling about the sushumna and terminating in the left nostril. Opposite in polarity from the pingala.

JIVATMA – The self, soul, or individual consciousness.

KANDA – In the subtle body, an egg-shaped bulb, covered with membrane; situated at a point midway between genitals and anus.

KELI – Keeping company with the opposite sex. (One of the eight subtle forms of sexual intercourse cited in Hindu texts.)

KIRTANAM – Discussing the sexual act with another; hence, one of the mental forms of coition. KOSHA – Subtle envelope surrounding the gross body.

KUMBHAK – Retention of the breath in the practice of prana-yama.

KUNDALINI – Shakti energy coiled like a sleeping serpent in a cavity near the base of the spine. When aroused by yogic discipline, or by some other means, it ascends the central channel of the spine or sushumna.

MADYA – Wine, as employed in the Tantrik panchatattva or secret ritual.

MANIPURA – The chakra or psychic center located at the level of the solar plexus. It has ten “petals” or “spokes.”

MANTRAM – Incantation. Syllables, inaudible or vocalized, used in prayer and in ritualistic formula.

MATSYA – Fish; one of the elements used in the secret ritual of Tantrism. It represents the two vital currents moving in the pingala and ida channels of the subtle body.

MULADHARA – The lowest of the chakras or subtle centers, situated at the base of the spine. It has four ducts emanating from it, figuratively referred to as “petals.”

NADAM – Vibrational energy permeating all things, and manifesting as sound.

NADIS – Invisible conduits of psychic energy, woven throughout the subtle body “like threads in a spider web.” Most authorities say there are 72,000 of them; some say 200,000 and others 350,000.

NYASA – Projection of divine entities into various parts of the body.

PANCHATATTVA – Literally, the five tattvas. In Tantrism, it applies to the five elements or Five True Things used in the secret ritual. They are wine, fish, meat, cereal, and sexual union.

PINGALA – A subtle channel through which prana moves. It coils around the central sushumna canal and terminates in the right nostril. It has a positive polarity.

PRAKRITI – Manifested or materialized nature. It possesses three gunas or qualities, viz., sattwa, governing order and time; rajas, or activation and mental power; and tamas, the gross form of dense matter, characterized by stability and inertia.

PRANA – The total energy, manifest and unmanifest, of the cosmos. It is known to the earth sphere as the seven-rayed emanation from the sun. Also, the “vital air” or power behind breath.

PRANAYAMA – Yogic regulation of the breath flow for purposes of prana control.

PURAK – Inhalation process in the practice of yogic breathing.

RUDRAKSHAS – Seeds of a plant used in Shiva rites, and for the 108-bead Hindu rosary. SADHAKA – One who practices Tantrik disciplines; a yogi aspirant or disciple.

SAHASRARA – The so-called “thousand-petaled lotus,” the highest subtle center of consciousness at the top of the spinal column. It is the seat of unmanifested Shiva.

SAMKALPA – A carnal desire to indulge in sexual intercourse.

SAMSARA – Created forms. Also, the world in which the law of reincarnation operates.

SANDHA-BHASA – The secret language of Tantrism.

SHAKTI – Power; the secret force permeating all creation. Also, the divine consort of Shiva, or the ritual sexual partner of the Tantrik.

SHIVA – The first logos; the divine will, which manifests in creative union with Shakti.

SHIWA – (Tib.) The power to prevent misfortune befalling oneself or others.

SIDDHI – Occult or paranormal powers. They are the fruits of yogic practice, not its aim.

SMARNANAM – According to Vedic literature, one of the eight aspects  of sexual  intercouse,   namely, allowing the thoughts to dwell upon it.

SUSHUMNA – A nadi or psychic channel of the subtle body, within the center of the spinal column.

SVADISTHANA – The second chakra or center of psychic radiation, situated at the root of the genitals. It has six “spokes” or “petals.”

SWARA SADHANA – Practice in which the yogi causes the breath to flow through the left nostril from sunrise to sunset;

and through the right nostril from sunset to sunrise.

THRONG-JUG – (Tib.) Projection of one’s consciousness into, and the taking over of, another’s body. 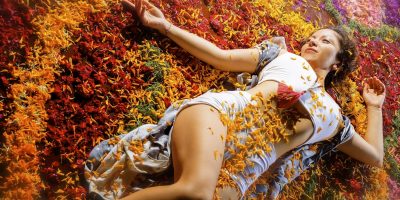 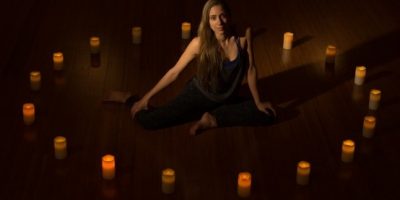