The  world  of makeup was transformed by the  rise of film as popular entertainment. The  original  black  and  white  films presented actors  with  stark,  dramatically emphasized faces, using  the same techniques and makeup made  popular on the  live stage. With  black  and  white,  the  vivid contrast between dark  and  light, shadow and  radiance helped to sharpen actors’  features, to heighten their  facial expressions, and  to whitewash any number of flaws through the  thick  cover  of blue or green-tinted makeup. As early black  and  white  film stock  did not  register a wide range  of colors—the red spectrum, for example,  often  appeared black and  dark  grey on  film—actors, who  often  applied  their  own  makeup for scenes, compensated by using  green and  blue-toned makeup to bring  a more  natural appearance to their  albeit  shades of grey complexions. With  the  introduction of Technicolor and  panchromatic film, the world of cinema opened itself to a rainbow  of colors  and  makeup techniques and  film cosmetics were allowed  a new palette  of shades and  hues  with which  to experiment.

One  of the  first makeup artists  to  experiment successfully with  the  wide  range of colors  now  available  to costume designers and  cosmeticians, Max  Factor  is known for having  revolutionized movie makeup. Working skillfully with different combinations of chemicals and even inventing his own line of products designed at first for film but later marketed to a wider public, Max Factor  changed the ways in which film, cosmetics, and the skillful application of powder, rouge, and lipstick could  transform a woman into a screen siren. He is credited with coining the term makeup, based  on the phrase “to make up one’s face.” Born in Poland, Max Factor was apprenticed to a pharmacist at the age of eight and soon  discovered he had an extraordinary talent  for understanding the chemistry of cosmetics. He was discovered  in Moscow, where  he opened a store  in the  suburbs and  was subsequently appointed the  official cosmetician to  the  Russian Royal ballet.  Max  Factor  and his family immigrated to the United States in 1904. At the St. Louis World  Fair in 1904,  Max Factor  found his first public  by selling the  rouges and  creams he had developed earlier  in Russia.  In 1914,  he  developed a foundation for actors  that would  not  crack,  cake,  or crepe  under the  harsh studio lights  and  he  became a highly sought-after makeup artist in the film industry soon  afterward. His makeup was a thinner greasepaint made  in 12 shades in cream  form and packaged in jars, unlike the thick  stick greasepaints used  in the theater. His makeup technique was dramatic but real, beautiful but natural. He enhanced the best features of the face while keeping women unique, interesting, and strong.

During the  1920s  and  1930s,  the  golden years of filmmaking, Max Factor  became  intimately associated with the world  of movie stars.  He worked  with iconic beauties such  as Claudette Colbert, Judy Garland, Joan Crawford, Bette Davis, and Jean Harlow. Max Factor  invented some  of the  most  influential and  iconic  looks for actresses—he created the first false eyelashes for silent  film star Phyllis Haver; rosebud lips and  the  Cupid’s bow  lip style in the  1920s;  and  the  hunter’s bow lips for Joan Crawford in the 1930s.  Max Factor  was not  only a skilled chemist, a makeup artist,  and  a charismatic character; he was also a savvy businessman. He maximized his relationship with the most  popular movie stars  of the day, achieving celebrity  status by making up  celebrities. His  close  and  intimate friendships with  the  movers  and  shakers at the  movie  studios allowed  him  to make  cameo appearances in some  of the most  popular films of the day. His move from behind the  scenes  to the  maximum visibility in front  of the  camera made  him  a familiar brand name, brought him  a new marketability, and  introduced him  to a plethora of celebrities who  could  endorse and  help  him  sell his cosmetic breakthroughs. Many of Max Factor’s  celebrity  clients  appeared, at no cost, in beautiful full-page, color  magazine ads to promote Max Factor  cosmetics.

Max Factor  became a household name because he brought glamour and beauty to the stars—and he understood that  if he marketed his own line of products, he could  convince the  wider  public  that  he  could  do  the  same  for them. His  numerous cosmetic innovations were  often  created for  the  screen first,  firsthand testimony to their  efficacy, before  they were introduced to the public. Some  of his inventions included the first motion picture makeup in 1914; lip gloss, originally developed for the  screen, in 1932;  Pan-Cake Makeup, forerunner of all modern cake makeups, in 1937; Tru  Color  Lipstick, the first smear-proof lipstick  in 1940; Pan-Stik Makeup in 1948; Erace, the original  cover-up cosmetic, in 1954; and the first waterproof makeup in 1971. Max Factor  was the first to realize the lengths to which  women would  go to emulate their  favorite divas. He marketed his products not  only to flatter individual stars,  for example,  in creating shades specifically for the actresses: Platinum for Jean Harlow, Special  Medium for Joan Crawford, and Dark  for Claudette Colbert; but  he  also  allowed  the  average  woman to identify with and ultimately purchase the desired look of her idol. He developed the color harmony principles of makeup—enticing millions of women to have their  colors done  to enhance natural hair, eye, and skin coloring with complementary makeup colors.  In 1935,  he opened the Max Factor  Makeup Salon  in Los Angeles,  bringing movie magic into  the reality of the everyday world. One  did not have to be an actress  to have access to Max Factor’s  expertise; one just needed an appointment. Max  Factor   &  Company became a  multigenerational, international  cosmetics giant before  it was sold for $500 million  dollars  in 1973.

Certainly, the  popularity of the  moving  pictures brought a new form  of celebrity to the wider public. Actors and actresses who make film so varied, interesting, and entertaining became the new idols and icons  for the masses. The  increasing availability and  accessibility  of the  cinema meant that  singular models of beauty  and aesthetics were  becoming more  standardized, more  uniform, more  hegemonic as larger  and  larger  audiences were  bombarded with  examples of what  beauty looked  like. Movie studios took  great care in choosing and grooming their  actors and  actresses—studios often  had  direct  and  final control over the creation of the image  and  reputation of its corps  of actors. Studios changed the  names of their young  stars,  required them  to  conform to  rigorous diets  and  exercise  regimes, even physically changed their  appearances in order  to make them  more  attractive, more  appealing, and  in many  ways, more  mainstream to their  mainstream audiences.  The  young  actress  Judy Garland, for example,  was forced  to take  a variety of drugs, including amphetamines, to  attain  and  maintain the  more  svelte  and streamlined figure  popular at the  time.  For  the  film Meet Me in St. Louis (1944), director Vincente Minelli  requested that  makeup artist  Dorothy Ponedel beautify Garland for the  movie.  Ponedel took  dramatic measures to refine  Garland’s features, including extending and  reshaping her  eyebrows, changing her  hairline through plucking, modifying her lip line, and removing her nose discs (rubberized disks used  to reshape the  nose).  Movie studios implicitly  understood the  impact of beauty  on  their  viewing public  and  spent  copious amounts of money  to keep Hollywood beautiful.

The  influence of movie stars and celebrities on the definitions of beauty  and glamour are undeniable. Marlene Dietrich sold her beauty secrets by endorsing Lux Soap and Woodbury Cold Cream. Audrey  Hepburn became the picture of elegance, and women wanted to emulate her  Givenchy-garbed gamine  beauty. Elizabeth Taylor helped to popularize the extended lash line of the Cleopatra cat-eye.  Sophia Loren brought a new, raw sexuality and sensuality to the voluptuous hourglass figure and brunette became the  new sexy. Bo Derek made  braids  alluring when  she stepped out  of the ocean  onto the beach  to the delight  of Dudley Moore. Julia Roberts revitalized hooker chic  when  she played  a prostitute with  a heart  of gold, complete with a fashion montage. Most recently, the onslaught of incredibly skinny, lollipop headed (so called because their  heads  appear  so big on their  thin-as-stick bodies) actresses, on average a size 0 or a size 2, has made  the diet and fitness industry one of the fastest and most profitable enterprises in the modern period. The glamorous, but  ultimately unrealistic, images  presented on film often  have a negative  impact. Women are especially  affected  by this  phenomenon as the  model  of beauty  does not reflect the average appearance of women in society. Since the 1960s, the number of cases of eating  disorders among girls under the age of 10 has doubled. New studies show that  more  than 80 percent of 10-year-old girls have already dieted.

Film  has  the  power  to  transport and  transform the  viewer—often by reflecting the very intimacy and  power  of space  and  community. The  1980s  and  1990s  saw the  popularity of films that  not  only put  beauty  on screen but  also put  the  making of beauty, the  unifying cultural space  of beauty  parlors and  barbershops, directly  into  the  language of popular media.  With  films  like  Herbert Ross’s  Steel Magnolias (1989), which  framed  the relationship between a mother and  daughter within  a larger family of strong, independent southern women whose  sharp, cutting, and  caring  repartee permeated the  local beauty  shop, and  Rob Lekutic’s hit Legally Blonde (2001), in which  Reese Witherspoon’s Elle Woods’s friendship with a manicurist and  her  extensive  firsthand knowledge of beauty  salon  techniques give her the winning edge in the difficult defense of a fellow sorority sister accused of murder—beauty parlors, the  friendships made  within  them, the  relationships occasioned by this  public  yet intimate space  came  to the  forefront of American cinema. In 2002, Tim  Story brought another dimension to the depiction of space and  community in his film, Barber Shop, by placing  his story  about brotherhood, economics, racism,  and community squarely in an African American barbershop. For  the  men  and  women in the  movie,  the  barbershop represented a gathering place, an intimate space, a safe domain in which  the elements of home and  community could  be combined. In 2005,  Billie Woodruff directed Beauty Shop, a film headed by Queen Latifah, who played a woman who finds independence, respect, and her own voice in the ownership of her own beauty  parlor. In a film that  celebrates  girl power  and  the  strength that  feeling  confident and  looking good  can offer, the beauty  parlor  itself, the very space, becomes its own living and breathing character—providing a place for diversity, racial harmony, economic opportunity, and the appreciation of individual beauty.

Often, film describes an idealized  beauty, space, and community, but  it may do so by making promises it cannot keep. Some  of the most  evocative  films describe the  fairy godmother–like transformations of women, from  ignorance to knowledge, from  frumpy  to beautiful, from  abhorred to desired, all in under two hours and  all for the price of admission. Most  recently, the very popular Princess Diaries performs the ultimate makeover on a young woman who is deemed a nerd because of her  bad  hair  and  glasses.  Several  makeup artists,  a temperamental hairstylist, contact lenses,  and a few spa treatments later, Hollywood transforms Anne  Hathaway, and she is instantly depicted as beautiful, poised, elegant—the lost princess. From  the Disney  cartoon, Cinderella, where the fairy godmother bibbidy-bobbidyboos the poor  Cinderella from servant  girl to unrecognizable princess save for her glass slipper; to My Fair Lady where Eliza Doolittle is transformed from curbstone flower girl to Hungarian princess; to Pretty Woman where  Julia Roberts goes from hooking on Hollywood Boulevard to crying tears of joy at the opening of the San Francisco opera in a red Eugene Alexander designer gown and $250,000 ruby and diamond jewels—film has offered  women the ultimate makeover. 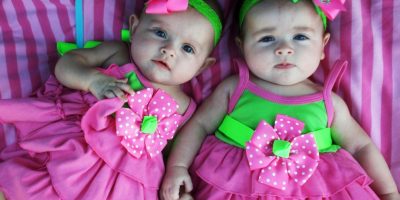