Home
Beauty
Beauty Television
What Not to Wear 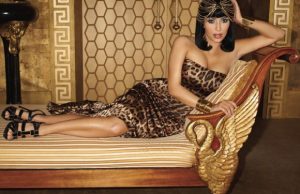 What Not to Wear (WNTW) on The  Learning Channel (TLC) is a personal makeover  television show  that  teaches unstylish individuals how  to  dress  and  style themselves according to middle-class norms. The  original  WNTW is British  and began  airing  on  the  BBC Two  in 2001.  The  American version  of WNTW began airing  on TLC  in 2003  and  is now in its sixth season. At this time, WNTW is the longest running of any U.S. makeover show.

Participants are nominated for the show  by their  friends  and  family, who contend  that  the  participant’s lack  of  style  interferes with  her  career  and/or  love life. Nearly  all of the  participants are  women; most  are  white  and  middle  class. In exchange for appearing on  WNTW, participants receive the  expertise and  advice of the hosts of the show,  Stacy London and Clinton Kelly; a free trip to New York City; a paid hotel  stay; and $5,000 with which  to buy a new wardrobe.

As  in  all  makeover shows, the  participant must be  humiliated and  broken down.  First, the  participant watches her  secret  footage—clips of her  going  about her  ordinary life, unaware that  she is being  filmed—with Stacy and  Clinton. She is humiliated by Stacy and Clinton’s critical commentary on her outfits. Stacy and Clinton examine the  participant’s wardrobe and  throw away the  clothes deemed bad.  The  participant then enters the  360-degree mirror, a tiny  mirrored room. Here, humiliation and teaching occur at the same time. After the participant views herself in a favorite outfit from all angles in the mirror, the hosts enter  and explain why those  particular clothes make  her look bad.

In WNTW, the  participant must also learn  how  to appropriately dress  herself. After establishing that  the  participant does  not  know  how to dress  herself,  Stacy and  Clinton explain  the  rules  the  participant should follow in order  to make  her body look good—long, lean, and curvy—and show her three  example  outfits. The participant exercises  her  new knowledge by spending a day alone  shopping for a new wardrobe in Manhattan. After watching her struggles, Stacy and Clinton join her on the second day to help  her shop.

In  the  third  part  of the  show,  the  participant is remade. Nick  Arrojo  styles and  cuts  the  participant’s hair, while Carmindy applies  the  participant’s makeup. The  participant then must put  her final look together for Stacy and Clinton. The hosts invariably compliment her on both her physical transformation and mastery of the rules. Having passed  their test, she returns home to present her new look to her admiring friends  and family. In the final scene, the participant reflects on how the makeover has changed her life.

WNTW teaches women to value themselves through their  appearance and that they must appropriately care for their  appearance in order  to move ahead  at work and  to attract a good  (middle-class) man.  The  show  promotes the  ideology  that you are what  you wear; one  can improve one’s  life through dressing well. Ambition  requires consumption, much to the profit  of the beauty  industry.